We’re sorry to report that another long-term Morgan Three Wheeler Club Member and enthusiast has died. We got a note from Simon Rayfield which has been reproduced below. We also have details of the funeral arrangements. 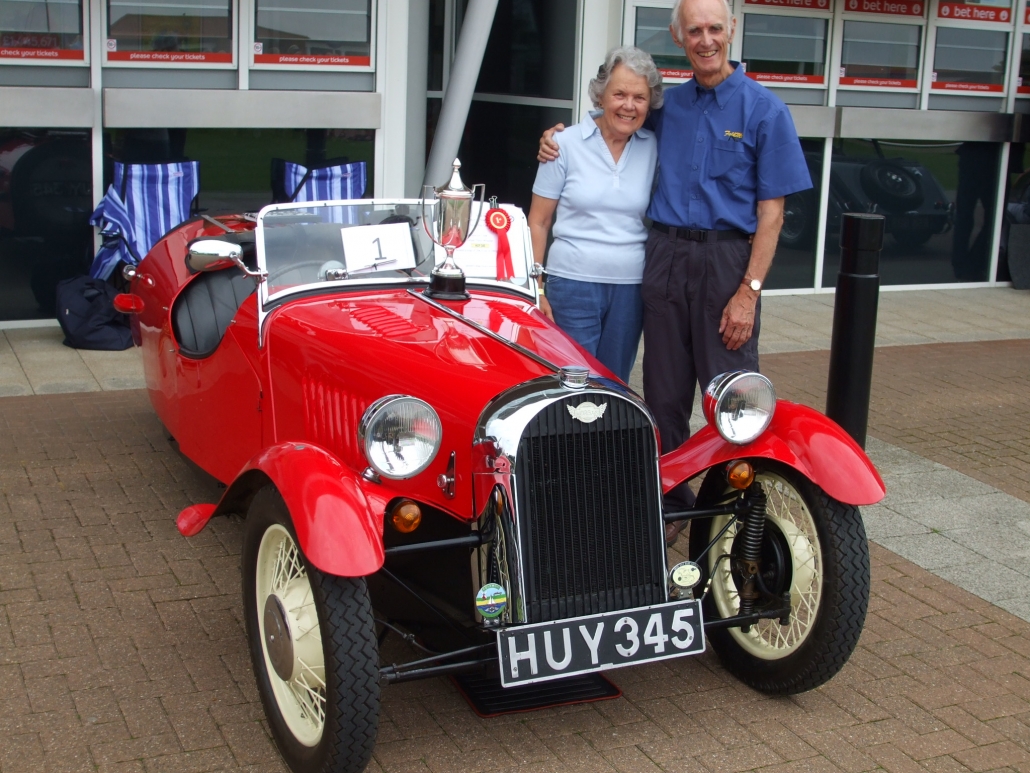 I had a note from Eileen to say that Maurice Cook has died.  He had gradually dropped out of things as his breathing problems got worse.  We first met him when we acquired our 4 wheeler about 16 yrs ago then a V-Twin some years later.  He set up Folkmog the Norfolk branch of the MSCC and was also active in the MTWC with his red F Super that he won awards with.  Going back a few years he regularly attended the MTWC AGMs at Malvern in the F type and meetings at Woolpit with the MTWC. Later, as he became less active, he sold it and bought one of the new 3Ws still participating in meets as much as he was able. In fact one year I believe he picked up the award for the most miles travelled in a 3w to get to the MTWC AGM.
The Funeral Arrangements:

There will be a private family cremation on the morning of Friday 13th July, followed by a Thanksgiving Service at 2.30 p.m. in Barton Turf Church, and then refreshments at The White Horse, Neatishead, less than a mile from the church. Parking at the church is fine and there should be extra parking at the pub. It will be great if we can muster a good turnout of Morgans. The Postcodes are NR12 8YU for the church and NR12 8AD for the pub. Click on the maps below for directions.