You are here: Home1 / Our Cars

A short history of the models.

When Henry Frederick Stanley (HFS) Morgan built his first three wheeler, he went for simplicity. The car only had 2 forward speeds and no reverse; it didn’t even have a steering wheel and relied on a tiller. As time progressed, so did the three wheeler, sprouting another forward gear and a reverse in 1931 (the 3 Speeder) and 80 years later, another 2 gears and a much bigger engine. The 5 Speeder M3W was born! Our club caters for and welcomes three wheeler Morgans of all models and years on the social and competition scene. Take a look at the succession line below and then read a potted history…… 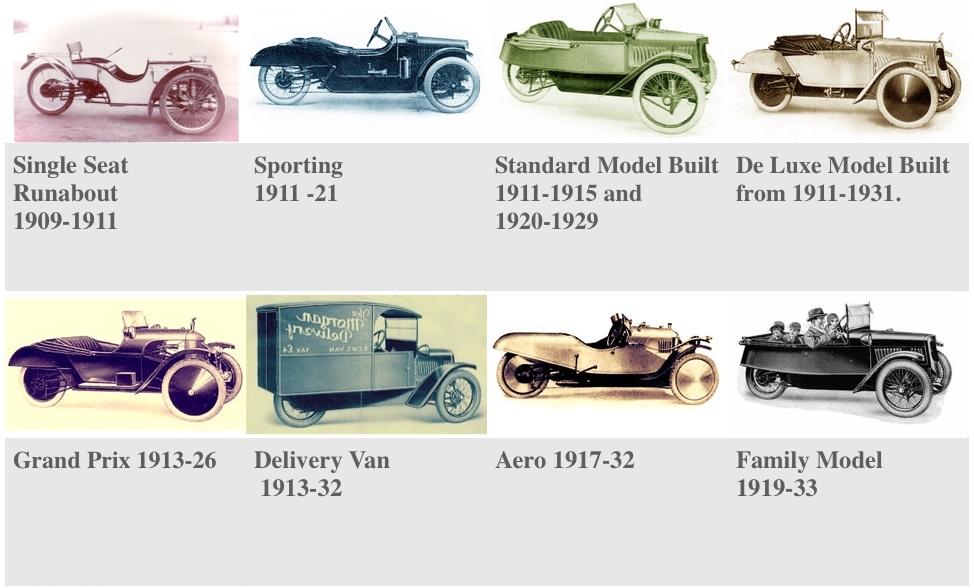 HFS Morgan opened his first garage in Malvern made his first three wheeler way back in 1905 but didn’t make his prototype, tiller steered, 2-speed, three wheeler until 1909 and the interest it aroused persuaded HFS that his cyclecars could be a commercial success. The first Runabout was produced in 1910, followed in 1911 by the two seater Runabout with a more normal steering wheel. This was the start…. and HFS never really looked back and the factory on Pickersleigh Road was built in 1914 where production of two-speeders continued and new 4 seater models were introduced. Competition success in trials and on the racetrack ensured the company’s continuing success; the Super Aero represented the pinnacle of two-speeder development. Then, in 1931 the three-speeder made its entrance followed in 1933 by the prototype Ford-engined three wheeler (The F-Type) which continued in production until 1953. Finally in 2011 came the new 5-Speeder, currently being produced by Morgan Motor Company today. 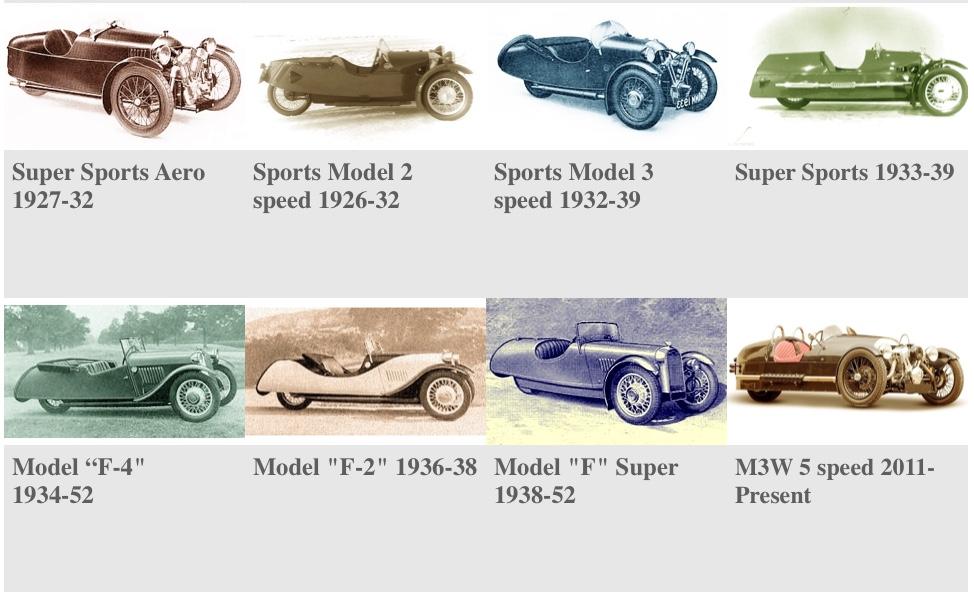