During the twenties there had been various aftermarket offerings by which owners could achieve a reverse gear but they don’t seem to have penetrated far into the two-speed community. As that decade drew to a close, Henry Morgan realised that the motoring public was moving on and that in order to compete with budget four-wheel  transport, three speeds and a reverse were needed. So, with the involvement of Burman & Co (who needed to be distracted from making mechanical sheep shearers!), a whole new three-speed and reverse transmission unit was produced. Gone were the bevel gears of the two-speeder, to be replaced by a steel worm mating with a bronze wheel to take the drive through ninety degrees to the final drive sprocket. The first 1932 “R Type” box was lubricated by Castrol R, basically castor oil. Problems were encountered with the bronze wheel overheating and failing (not the fault of the lubricant, rather with the rate at which it could drain back from the gearbox section having been thrown forward into it by the worm wheel). The box was redesigned for 1933 with a much larger reservoir at the back and was now to be lubricated with Castrol D, a more viscous mineral oil. If the oil level was kept up, this proved generally reliable.

To go with these boxes, a beefed-up version of the separate rear fork and trunnion arrangement was fitted. This system had first appeared on the two-speed M and C type bevel boxes. The D box continued (its incontinence providing a constant challenge to its longsuffering owners) with slight variations until production ceased in 1952. 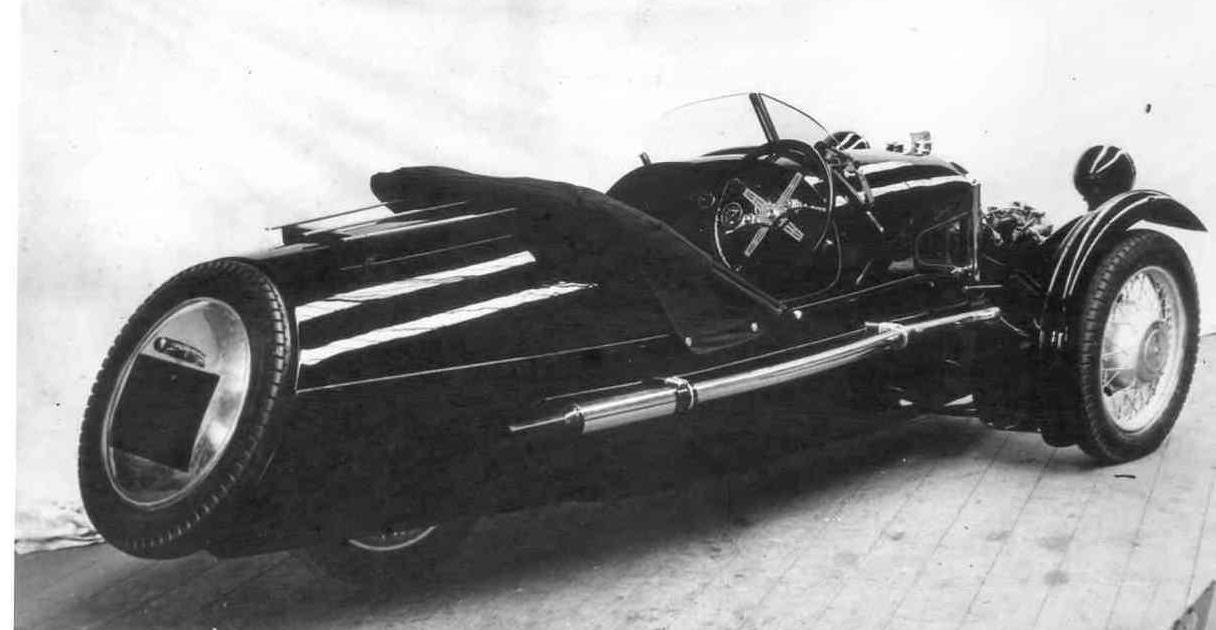 The main change to the model range in this period also had its roots in what the public now demanded. There was a transition over 1932/3 to detachable wheels allowing for a spare to be carried. Initially this sat like a fallen halo on the top of the tail panel and then, in fairly short order it was inserted into the end of the tail in the barrel-back bodies. A commentator at the time described looking at it from the rear as “a worm’s eye view of a beer bottle”.

Out, alas, went the sleek beetle-back and Aero upswept tail, as well as the elegant “boat-tail” of the Sports Family.V twin model availability in the UK ceased in 1939 although six Super Sports were exported to Australia in 1952.

3-SPEEDER, BOOKS, VIDEOS AND OTHER ARTICLES OF INTEREST 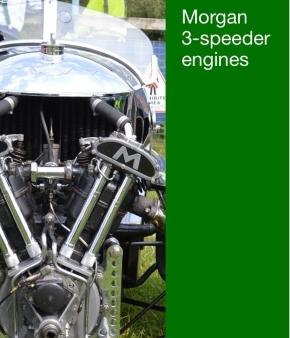 3-Speeders in use today 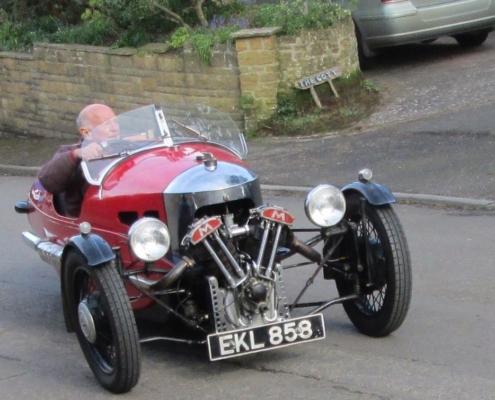 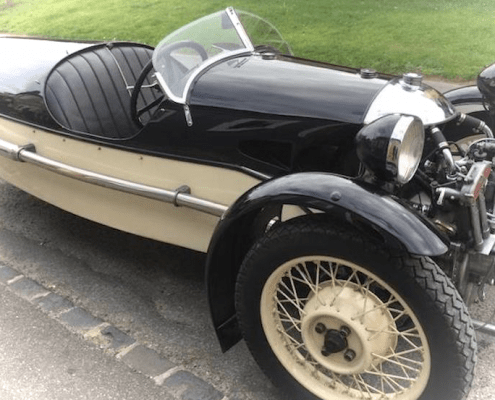 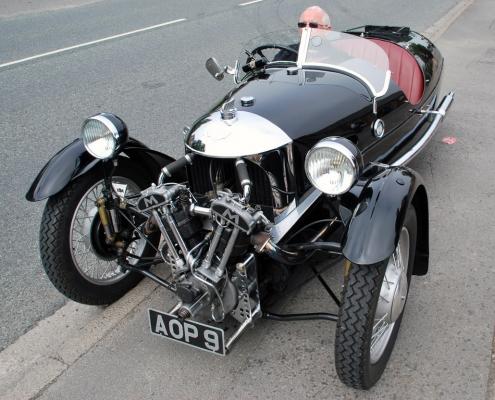 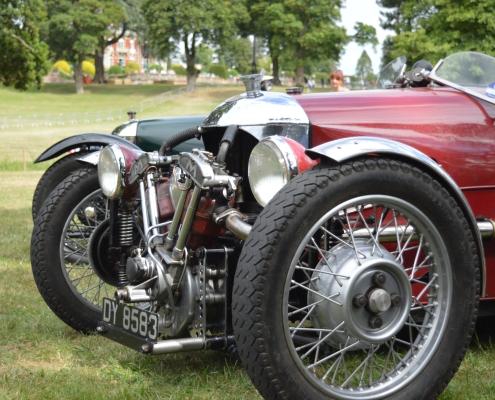 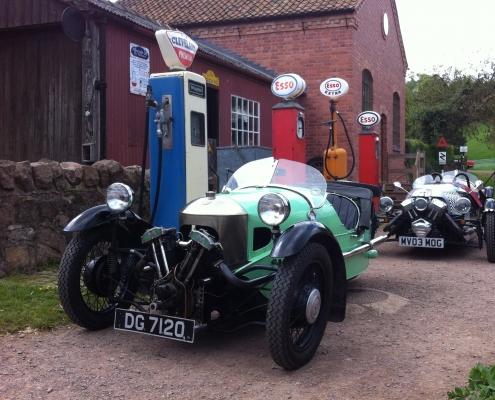 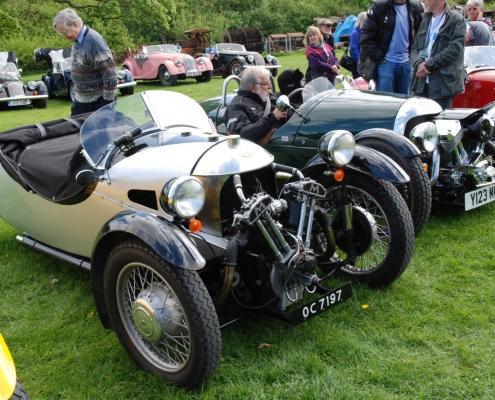 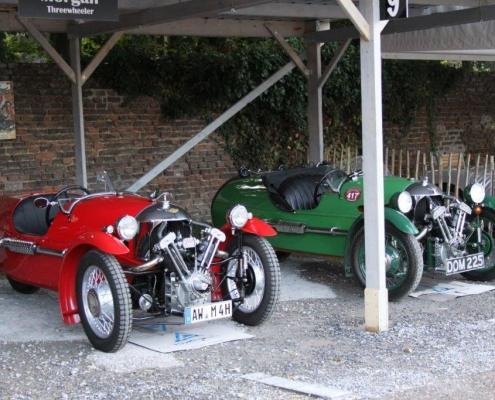 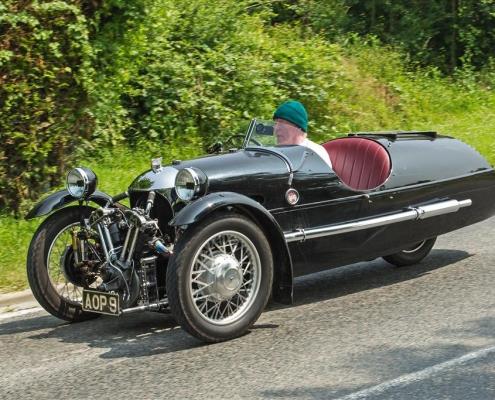 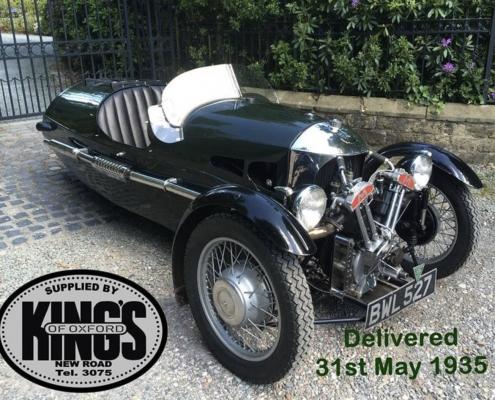 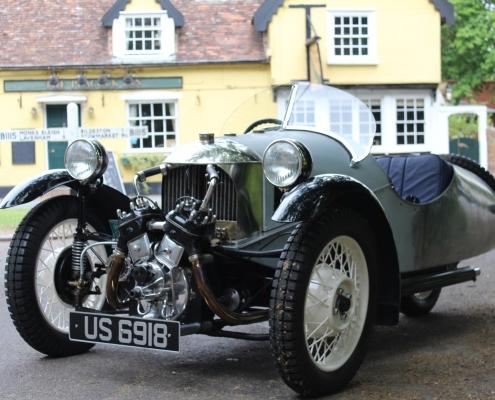 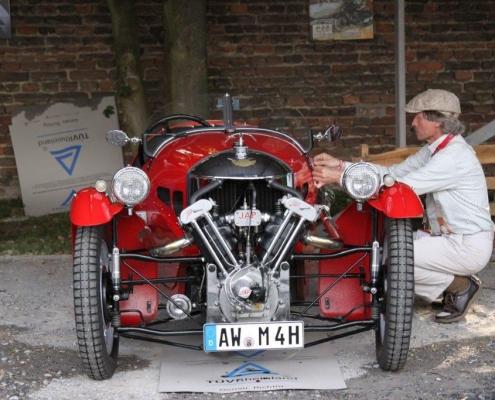 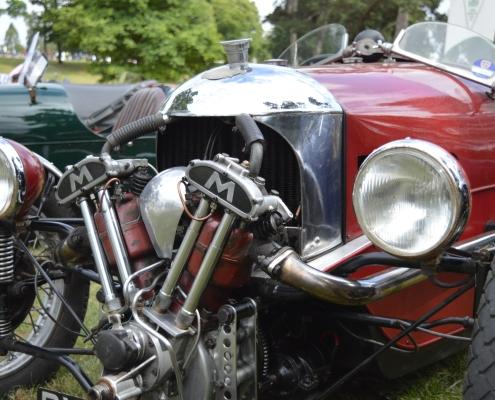 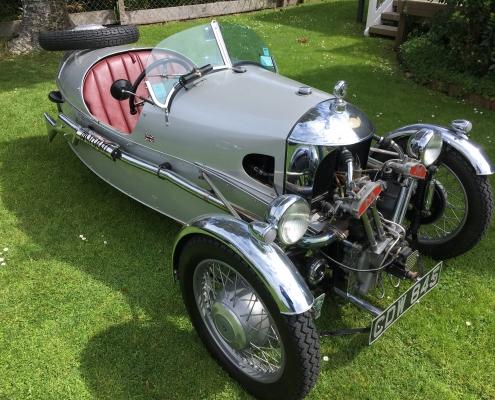 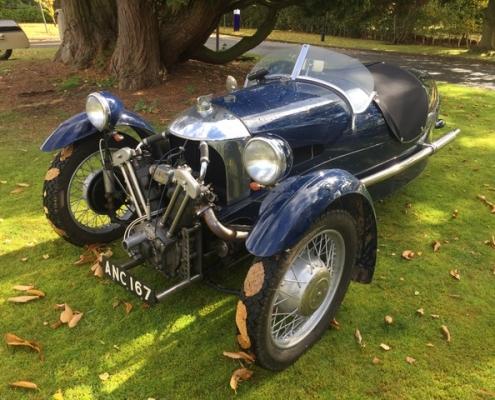 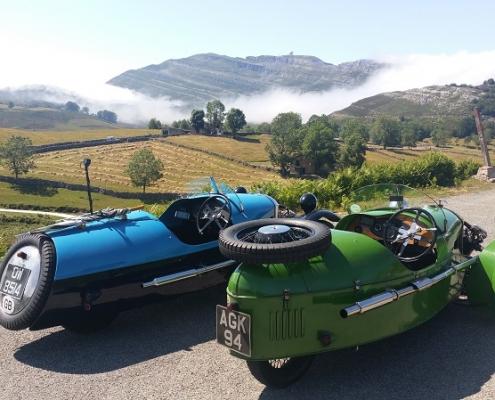 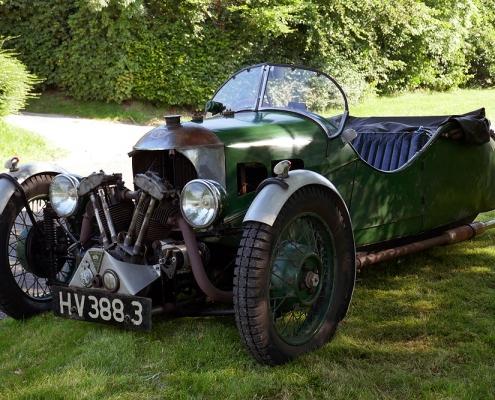 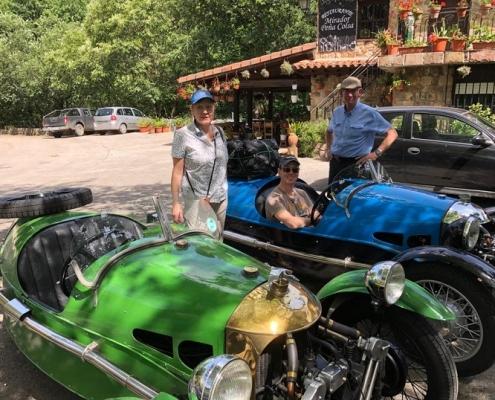 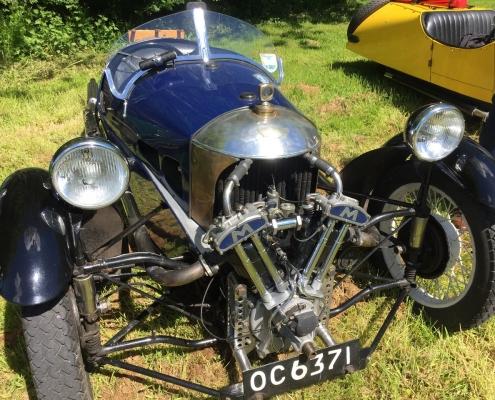