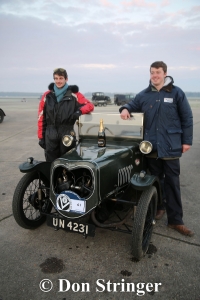 A Champagne Moment for Jim and Angus

Jim Edwards entered his J.A.P powered 1930 Family Morgan in the gruelling VSCC Measham Rally which took place in freezing temperatures on 21st/22nd January. Jim drove 100 miles from Cheshire to RAF Bruntingthorpe, completed 140 miles on the event and then drove home again. Not only that, Jim and navigator Angus Frost won the Champagne Class. Well done chaps!

To quote from the VSCC Press release: “Perhaps rightfully taking the highest plaudits were the team of James Edwards and Angus Frost. Boasting a combined age of just 42 years, the pair were by far the youngest crew taking part, piloting the former’s three-wheeled, open 1930 Morgan Family. Despite giving away both a wheel and horsepower to the majority of their rivals, the team successfully navigated the route to take top honours in the Champagne Class, designed for newcomers to the discipline.”

Now – scroll down and read on.

Since buying my Morgan from Sam Savage in October 2016, I have been filled with enthusiasm for all things involving vintage motoring. I am enjoying finding out what is required to keep a machine like this in good order and I cannot believe the fun they generate when you get them out on the road. This is the first time I’ve had any real involvement with a vehicle like this and it took a few outings to get to grips with the various quirks and foibles!

It was early December when I got wind of the fabled Measham Rally. With some encouragement from another young VSCC member Angus Frost I decided that this would be my first event with the car. I entered the Champagne Class which is aimed at newcomers.

On the morning of the event, I set off from Middlewich at 09.00hrs. My first stop was at a fuel station in Stone. On I went to Tamworth where I got stuck in one of these modern traffic jams. My poor car started to boil and the clutch release bearing was letting out mighty groans in protest with all the stopping and starting. I pulled over to let the engine cool down and give the clutch bearing a dowsing of oil. I then noticed the pavement was plenty wide enough for the track of a standard three wheeler. Since the traffic was hardly moving, I proceeded to push the car along the pavement past all the stationary modern cars. Once at the front of the queue, I jumped in and got on my way again. Eventually I arrived in Leicestershire in time for lunch.

Angus Frost had offered to be my navigator so we met at a rendezvous near Bruntingthorpe. From there we travelled to the airfield. Upon arrival we soon realized that the little Morgan was the most inappropriate car there. After a barrage of funny looks and worried expressions, we started the regularity test on the runway which was fun. Our start time was 22.01hrs. We had managed to get the route plotted in time and were at the start with a few minutes to spare. Off we went into the night and I was already feeling proud to have got this far. Soon we had caught up with a friend from Cheshire driving a Star. It was only after a few miles of tailing him that I remembered to dip my lights! By this time – he had already removed his rear view mirror to lessen the dazzle.

Thankfully, we didn’t have much trouble on the first leg and we made it back to the base around 01.00hrs. Our next start time was 02:36hrs. Tiredness was already creeping in and the temperature was becoming mightily cold. The final route was a lot longer and much more challenging. We faced steep hills, frozen narrow roads and off road tracks. Not to mention trying to quietly navigate through sleeping villages with a v-twin! The poor car did struggle at times. Overheating was a constant issue, even in -6°C. Throughout the night I topped the radiator up and it drank in total around 10 litres of water! The hours went by and we were getting closer to the finish. Angus did a brilliant job in keeping us on the right path. Not easy in an open car in these conditions. We plodded on and finally reached the last time control at 07.03hrs.

Just to finish a Measham Rally is a huge achievement. As you can imagine, the sense of relief on completing something like this is immense. But I was also in great elation at how successful our endeavors had been. We had completed the rally against massive odds. After breakfast the results were called and “the winner of the Champagne class were the two boys in that ‘silly Morgan’”. We were presented with the appropriate bottle of Brut and a pair of engraved flutes. Result!

I headed North in the Morgan and that drive home felt like another rally in itself. After 4 hours and another 100 miles I finally made it back to Middlewich. Again, the little Morgan buzzed along without any serious issue. This weekend has been a fabulous testament to what can be achieved in these brilliant little cars. Angus and I enjoyed it thoroughly. My navigator deserves a big thank you, along with everyone that helped to run the event. Here’s to more crazy adventures like this one!

Don Stringer braved the cold to take these great photos of the event. 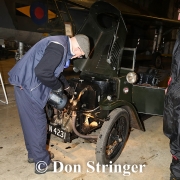 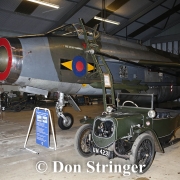 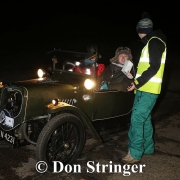 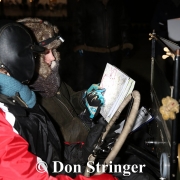 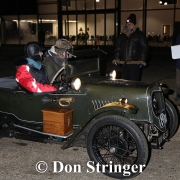 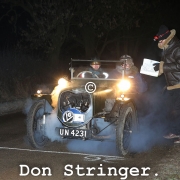 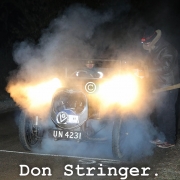 Hot under the bonnet 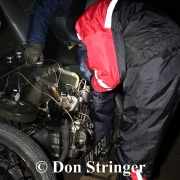 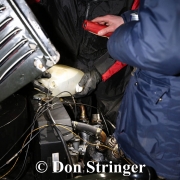 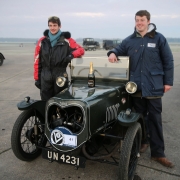 For the full results, click on the VSCC Logo: