This two day event was the first circuit race of the season for our members. Bill Tuer and Greg Bibby were the only Morgan entries. Dave Hodgson was driving a Buckland three wheeler.

In the first race, Bill’s clutch mechanism disintegrated, leaving him to complete the race with clutchless changes. He still came third behind Vincent and BMW outfits and posted fastest lap. He managed a repair and the car was on full song for the rest of the weekend. Greg Bibby followed Bill home in fourth place having lost the nuts from the nearside of his twin “flying wires”. One of the wires completed the race dragging along the circuit.

Greg had problems on Sunday which resulted in a non-start for the last race. A camshaft bearing had broken up. Luckily, no further damage was caused and the car will be ready for Loton Park.

There’s a YouTube video of Bill racing on Sunday. Some great footage of racing against the outfits. Bill won of course. Click here to see the video.

This was Round One of the Thursday Club Series. Click here for more. 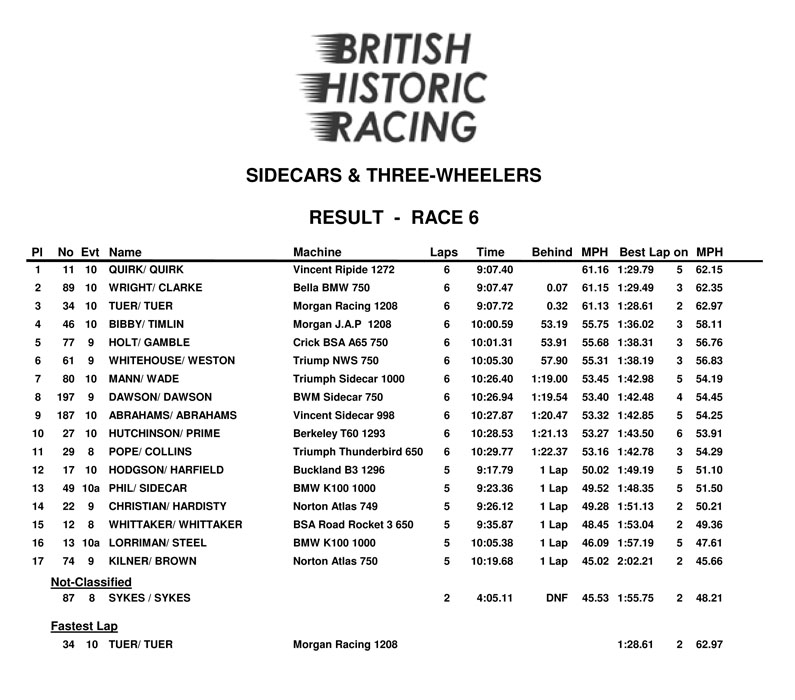