The Opening Round of the 2015 Morgan Three Wheeler Club Challenge Series was held at Mallory Park.

The Morgan Three Wheelers were out in force and entered in up to 5 races over the weekend. The Challenge Race drew 9 starters but unfortunately there were 2 “DNFs”. More words from Pete Clews – Competition Secretary:

The first race meeting of the season with 11 Morgans entered for the MTWC Challenge.  Saturday began wet but the rain stopped just before Practice and by Race 11, the Challenge Round, it was sunshine with a dry track.  The TM cars were at the front of the grid but were overwhelmed by the Bibbys, Hamish and Greg, Ewan Cameron in the Hale Morgan running in Drivers Class and Sue Darbyshire.  The race soon settled down at the front and Hamish went on to win by almost 20 seconds with Ewan a further 14 seconds adrift.  Sue Darbyshire pulled out on lap 1 when her top gear chain snapped.  Behind this group Pete Clews was the best of the racing F-Types finishing in 4th place of the Morgans with Nigel Challis in the ex-Guy Shotton car, making his BHR debut, a further 7 seconds behind.  Dave Hodgson in the Willment Racing F-Type was a lap behind.

Danny Hodgson was flying in the Hodgson TM car and streaked ahead of the TM cars of Richard White, Tony Pearson and Tony Quinn who stopped at the Bus Stop Chicane on Lap 3 with ignition trouble.  And that was how it finished.

The Sunday Morgan Race was the last race of the day and again the fastest cars started at the back.  Hamish was in his dad’s car and Bill Tuer was lined up beside him.  It had the making of a Titanic race until Bill, who had suffered gear selection problems all weekend, pulled off on Lap 3.  Sue Darbyshire took second place after Ewan Cameron slid to a halt with a broken sprocket.  Third and fourth places went to Pete Clews and Dave Hodgson in the racing F-Types.  The TM honours went to Richard White in his Matchless after a very close race with Tony Pearson.  Danny Hodgson finished 2 laps down. 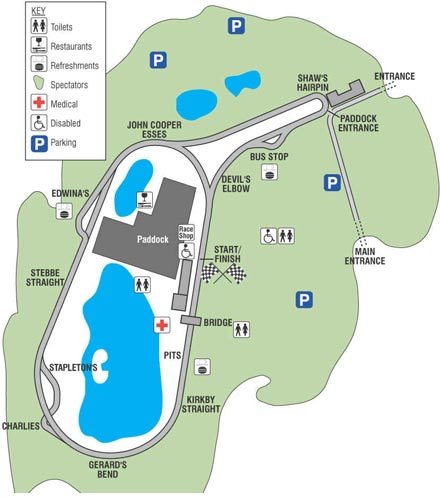 Photos from Tony Pearson and Lee Hollick Photography. To see the full gallery of Lee’s photos from the weekend and to order your own copies, click here. Click on any photo to open the gallery.

Results for the Challenge Series Race. For the full results – click here. 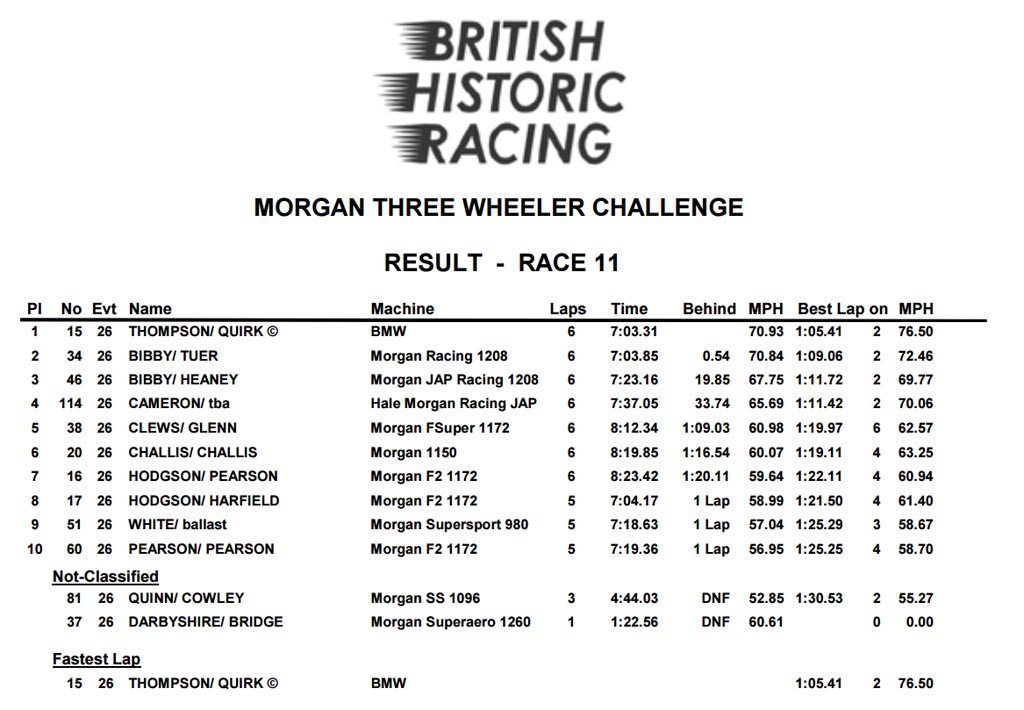