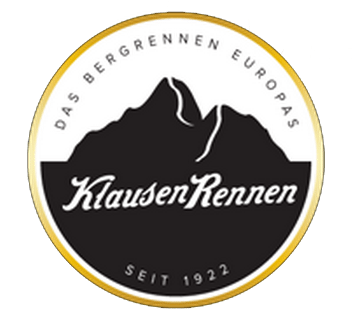 After long preparations, the wait is over: The next legendary Klausrennen race will be held between 27 September and 29 September 2013 and builds upon the ten original races between 1922 and 1934. Rolled out in 1922 it is still the most legendary vintage mountain race in the world! Glory was destined to those who could drive through the breathtaking and adventurous Klausen pass in record time.

The Klausenrace retains its traditional character, but attains a new look through integration of innovative elements: Besides the vintage racing cars, for the first time a separate category, vehicles with pioneering propulsion technologies is going to contest. The international focus, the participation of over 40,000 spectators and VIPs from business, politics, sports and culture will make the Klausenrace one of the top events in Switzerland. 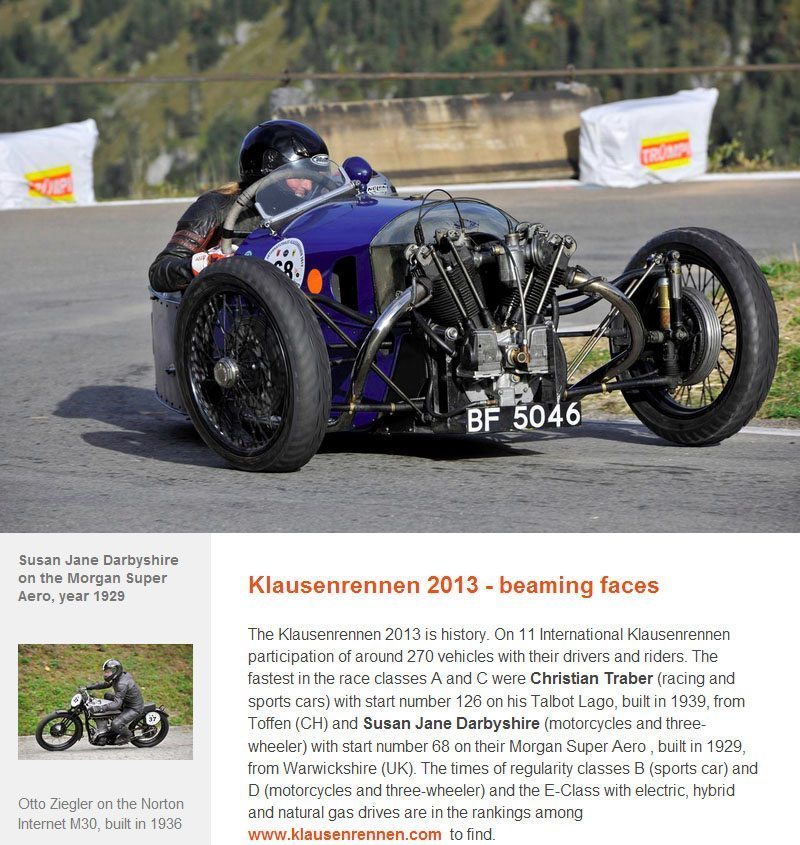 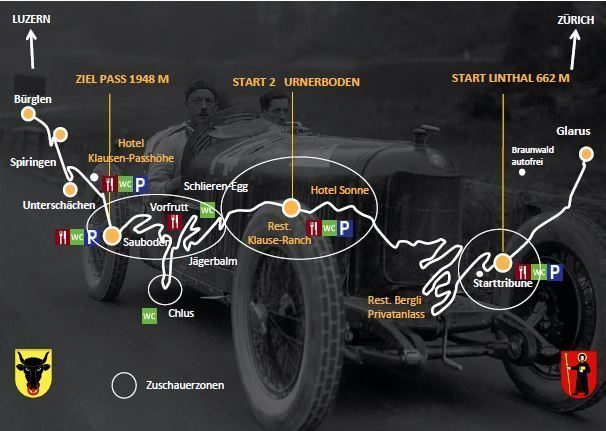 The Words from Pete Clews:

What an event it was – The Klausenrennen – 14.5 miles from Linthal to the top of the pass. Three UK Morgans entered along with another five from Europe.  Club members Bill and Maggie Tuer, Sue Darbyshire with Maggie Bridge, Pete Clews with Phil Bridge and Kurt Kaufmann  and Clemens von Geyer from Switzerland, the chaps with the local knowledge. Bill was out to break the record he set in 2006, Sue wanted to win and Pete would be happy to get to the top 3 times!

The weather in Switzerland is as unpredictable as here in the UK and the promised ‘nice weekend’ seemed a hopeful dream on Thursday as we took a recce up the pass in the pouring rain. Saturday dawned with sunshine for the practice run of the 14.5 mile climb, which is very bumpy in places, and we spent lunchtime tightening everything for the first competitive run.  Bill and Sue put on really fast runs and were well ahead of the field. Bill looked all set to break the hill record with a first time of 13.27. Sue managed 14.32 and Pete took the F-Type up in 17.02. Kurt Kaufmann in the ex-Bob Angell car took 15.19 and Rolf Engler in a Supercharged JAP Super Sports 16.14 but without passengers to slow them down.

Sunday was cloudy with a spot of rain at the top for the final run. We had all been doing final fettling and expected to knock a few seconds off our Saturday times. Bill went off the start like a rocket but never made the top crashing at the last hairpin while well ahead of the time he needed to break the record. Both Bill and Maggie escaped with minor injuries; the car has some serious drivers side suspension/body damage. This left Sue to take the Morgan honours with 14.17. The overall result was both times added together and Sue had the 3rd fastest time behind an ERA and a Talbot Lago GP car. Bill still had the fastest time of the weekend for a single run and Pete knocked half a minute off his first time in the F-Type with 16.32 to come 4th behind Rolf and Kurt. All the Morgans in Competition Class went up faster than much of the field of prewar sports/racing cars but that’s what people have come to see.

The support for the Morgans was tremendous and the town and the hill were packed with enthusiastic people waving flags and cheering – a really fantastic atmosphere.

From Bill Tuer. Click here to see Bill’s YouTube Video. turn up the sound, sit back and enjoy this spectacular run.  And here’s a clip of a nifty bit of overtaking during on of the practice runs. Click here.

From Pete Clews. To view the photo galleries, click on any of the photos to bring up a larger version. You can scroll forwards and backwards using the [,] and [.] keys. Press [ESC] or click on the image to Exit. 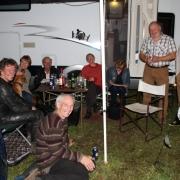 the Morganeers relax. Note the Gaffer Tape on the guy rope to stop inadvertent tripping! 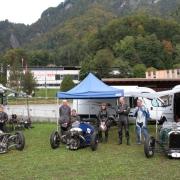 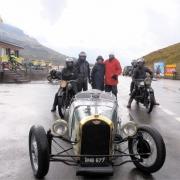 the UK Team at the top after the recce run 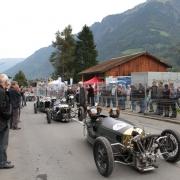 Waiting for the start 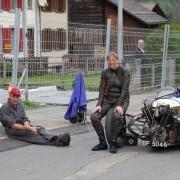 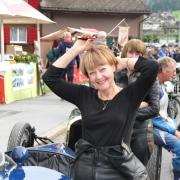 Maggie prepares for the run up the hill. 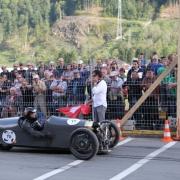 Bill on the line 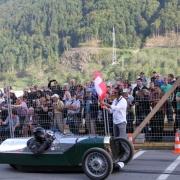 Pete on the line 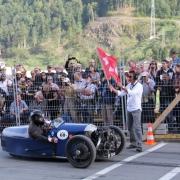 Sue on the line 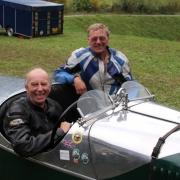 Pete and Phil. Happy to have reached the top. 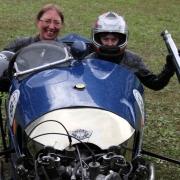 Sue and Maggie with some sort of trophy! 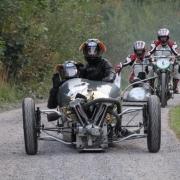 Back down the hill……. 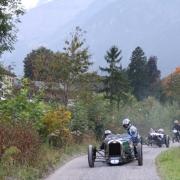 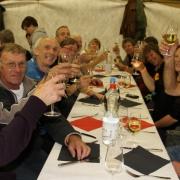