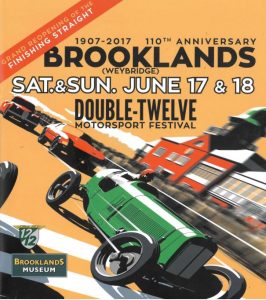 Organised by Brooklands Musem in association with the Vintage Sports-Car Club, the event celebrated Brooklands’ rich motoring history, and, as always, was always held on the weekend closest to the Anniversary of the original opening of the Brooklands race track in 1907. The two-day extravaganza featured Speed Trials, Driving Tests, the prestigious Double Twelve Concours and Test Hill ascents, alongside family-friendly entertainment and activities.

This prestigious event incorporated the 110th Anniversary of Brooklands. The highlight of the 110th Anniversary Celebrations was the re-opening of the restored Finishing Straight. To mark the occasion scores of cars and motorcycles that raced at Brooklands returned to a section of the track that hasn’t seen motoring action since 1940.

Cars returning to the track included the biggest-engined cars ever to race or appear at Brooklands, most of the team which won the first two British Grands Prix here in 1926/7, and the first Bentley ever to win a race.

Not only that, but six MTWC Club Members in their Morgan Three Wheelers were there to compete in the various driving tests. Having checked through the results I was totally confused and so have simply included the highlights in the results tab! Apparently, I wasn’t the only one who was confused by the tests. Here are a few words from Mr & Mrs Caroline: “Sunday consisted of competitive driving tests against the clock.  On this occasion, however, four of the tests were continuous without the opportunity to stop and survey the layout. Chaos and domestic discord were not detailed in the results.”

The weather was glorious and the whole event was popular with competitors and spectators alike. 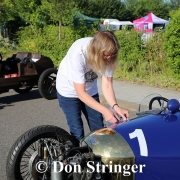 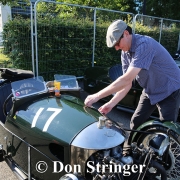 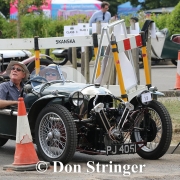 Gary Caroline picks up his ticket for the car park. 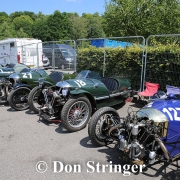 The line-up. Or at least most of it. 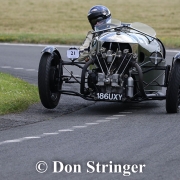 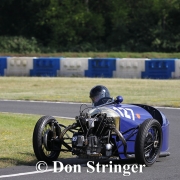 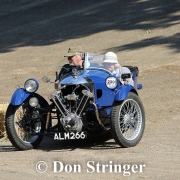 Trevor and Carol Seymour looking for a suitable picnic spot. 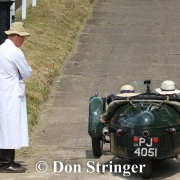 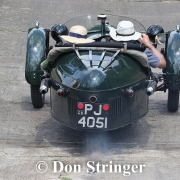 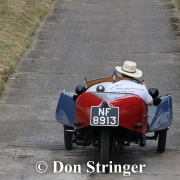 David Almond on the Test Hill. 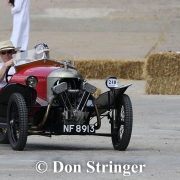 David and Jackie Almond round the bales. 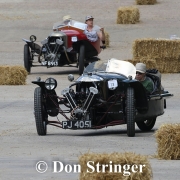 Gary and Barbara Caroline on the slalom. David Almond in the background. 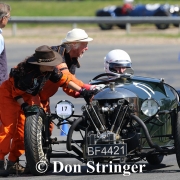 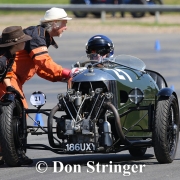 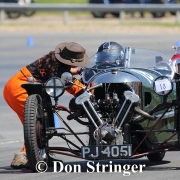 The marshal appears to be carrying out an adjustment to Gary or his Morgan. 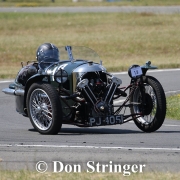 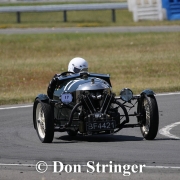 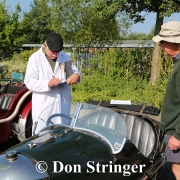 Gary Caroline gets a parking ticket for loitering too long. 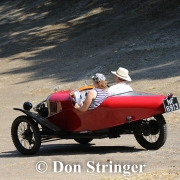 Just too complicated for me to understand! Here are the highlights:

For the full results – click here. You can search for “Morgan” and get all the interesting facts and figures.