The Aske Hall Sprint, organised by the Middlesbrough & District Club, with the invaluable goodwill of the Earl of Ronaldshay and his family. Two entries from The Morgan Three Wheeler Club this year; a fast MX2 and a slightly faster Five Speeder.

This event is an old fashioned motorcycle sprint organised by Middlebrough and District Motor Club and held in the grounds of Aske Hall, near Richmond in North Yorkshire.  Clerk of the Course is a MTWC man, Grant Sellars, and he has been keen to attract Morgan Three Wheelers to come and enjoy the event.  The last Morgan driver to compete here was Pete Clews on a rather wet day in 2014.
This year there were two Morgans competing.  Austin Smith has been keen to experience new events that are opening up to 5 Speeders, and booked his place early.  For a time it looked like it would just be Austin and his passenger, Julia Perry, who would be flying the MTWC flag, but a late entry by Cathy Quinn/Tom Cowley ensured there would be a traditional MTWC BBQ on the eve of the event.
Race day arrived and by the time the MTWC crews ventured out of their motorhomes the sun was shining brightly and the resident sheep in the paddock area had been replaced with motorbikes.
Scruitineering took a while, but after a drivers briefing we were dispatched to the start line in batches of 10 for two morning practice runs, which were run very efficiently.
The sprint is a very simple course, with just a single right hand corner.  However, the corner is quite blind and on the outside is a rather menacing stone wall, which then runs close to the track all the way down to the finish line.  The track is narrow and, as Austin soon found out, quite slippery up to the corner.  The 5 speeder was wheel spinning and constantly slewing around, but managed a fastest practice time of 18.31 seconds.
After lunch there were 5 timed runs.  The 5 Speeder was once again struggling to get the power down and seriously threatened to spin off.  After being given a talking to by Julia, Austin decided on a policy of short shifting.  This technique did give a smooth drama free run, but he couldn’t match his practice time.  It seemed that the only other option was to test his nerves with later and later braking into that corner with the menacing wall….  He decided to set his braking point at a shadow cast by a tree near the corner.  It did seem rather brave, and it was only on the final run he eventually held his nerve and was rewarded with a time of 18.00 seconds
Meanwhile, Cathy Quinn got faster during the day, despite a slipping clutch and getting used to the power of the Matchless on methanol.  She finished with a very respectable 18.77 secs and was pleased!
The Morgans were made most welcome by everyone at the event and we were asked to spread the word about the Catterick hillclimb, which is on 15th October.  It would be great to see some more Morgans make the trip, as if such events can’t attract sufficient entries to make them viable, they will be lost from the Sporting Calendar
The Course

Maybe not the most difficult course to memorise. 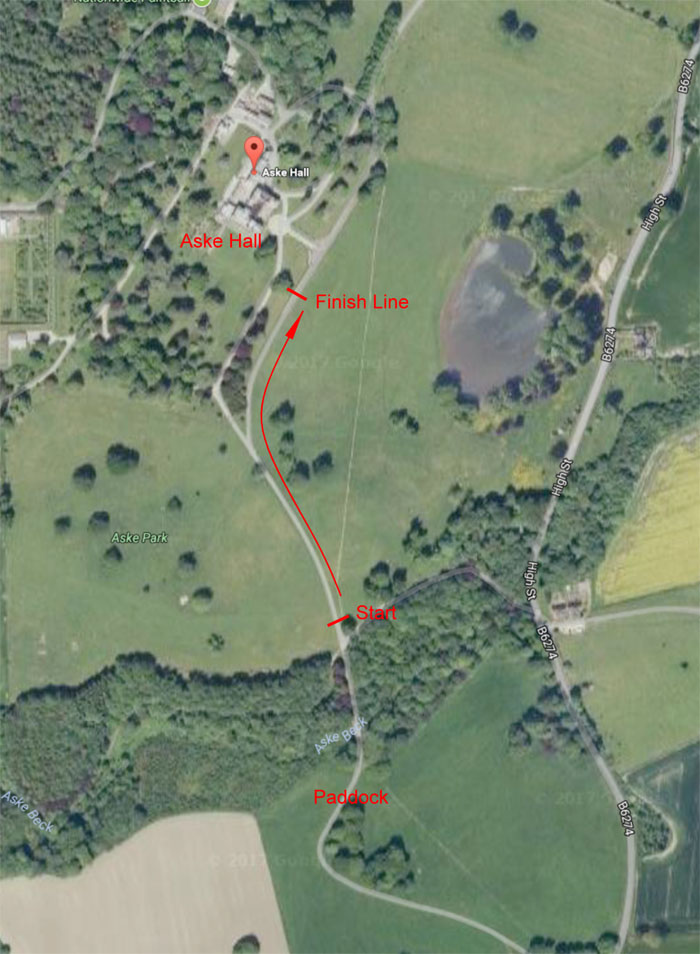 Photos from the Middlesbrough and District Facebook page, Cathy Quinn and Austin Smith 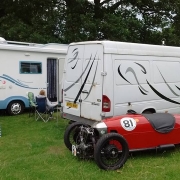 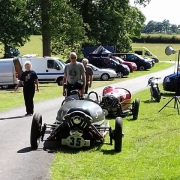 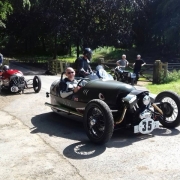 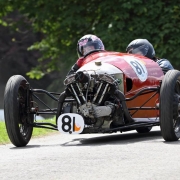 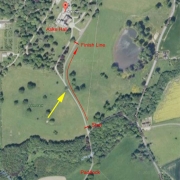 Being the only two entries in the class, Austin and Cathy came 1st and 2nd! However, competition was very close and Austin only just managed to pip Cathy to the class win.

For all the practice times and results – click here.