The iconic Sussex venue once again played host to the VSCC’s Autumn Sprint. Six Three Wheelers competed, five of them driven by club members. Some of them won awards and you can read all about it.

This was the finale of the VSCC competition season and for once the sun shone brightly all day. This should have made for a great day’s competition but unfortunately a couple of cars dropped a large amount of oil on the course and delay piled on delay to result in a curtailed event where the racing car classes only had one timed run. As a result of my horrendous crash caused by oil dropped at Mallory the VSCC was already re-visiting its policy regarding car preparation and race safety and this event will have convinced them that serious action is definitely required to reduce the amount of fluids that vintage cars are dropping at race venues.

However there was a very healthy three wheeled entry at Goodwood and a jolly good time was had by all of them. In class 2 for up to 1100cc road cars we had Andy Messent and Simon Edwards, class 3 up to 1500cc road cars we had me in my black car as the blue racer will be out of action for the whole winter, class 13 for racing cars up to 1100cc saw the very welcome return of Dave Pittuck’s Darmont in the very capable hands of its new owner, Matt Johnston,  and class 14 for the racing cars up to 1500cc had the two experts Gary Caroline and Iain Stewart battling for Morgan honours.

Times were well down on the levels of previous years due to the poor track conditions at the chicane, necessitating a certain amount of discretion in picking an oil free line. However Goodwood regular Simon won his class by nearly 1.5 seconds from a supercharged MG which has been his nemesis all season so he was absolutely delighted. He did get a second timed run which would have been even faster if he had not gone off the line with such gusto that the prop broke!!

In class 3 I was up against a whole flock of Nashes, mostly driven by members of the Blakeney-Edwards family. They were all out to get the three wheeler and it was an exciting competition. Patrick’s Nash was vying for overall FTD Vintage honours and was in a class of his own so I was pleased to be best of the rest, beating 9 Nashes along the way. Although not really physically fit enough to compete…had to leave the crutches in the paddock – I did need to do this meeting to chase a few demons away before the end of the season and to have to deal with the oil situation as well was probably a good thing for my confidence.

Matt Johnston had a few small problems with the Darmont but did manage to get some practice times in. He was very enthusiastic and will definitely be back next season challenging the class lead.

In class 14 Iain was running a newly rebuilt engine and Gary was complaining of being race rusty as he had not competed since much earlier in the season. Gary got the better of Iain with his one and only timed run to take 1st vintage honours in the class. It was a great shame that Matt, Iain and Gary did not get their second run and I sincerely hope that drivers do more to keep their engines oil tight for next season.

The Sprint Course used by the VSCC is actually a full lap of the circuit, starting from the pit lane. 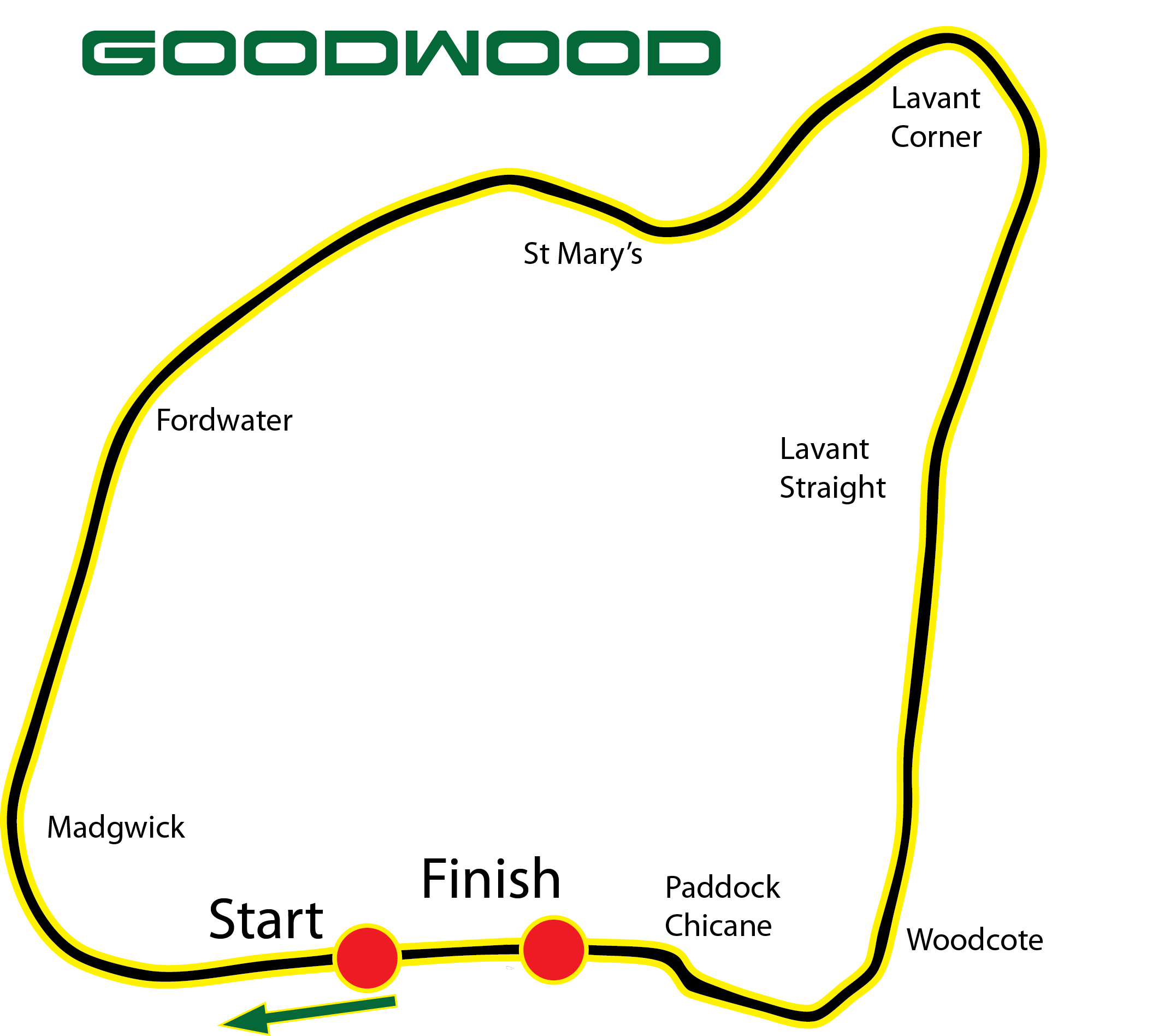 A plethora of photos arrived from Don Stringer, Stephanie Broch and Alex Anderson. It was awkward to choose which photos to upload for your enjoyment. Many thanks to all our photographers.

You’ll also find lots of great pictures on the VSCC Website – click here and scroll to the bottom of the page for the gallery.

Here are the results for events involving Three Wheelers: