Some words from Sue Darbyshire about this year’s Autumn Classic. Sue didn’t drive, she loaned her car to Ewan Cameron and watched under a brolly! Here’s what she had to say: 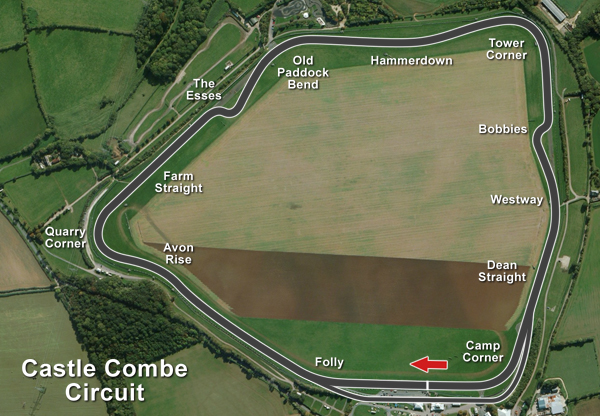 The Autumn Classic at Castle Combe has been the racing season finale for a few years now and never fails to impress with some amazing cars from across the age spectrum and some really gung-ho racing (as if everyone knows it is going to need rebuilding over the winter anyway).

This year’s event was held in torrential rain, strangely warm and sunny on Friday and Sunday but on Saturday the heavens opened at 7am and didn’t close until 4pm in the afternoon.

We took two Morgans to the event, Simon Edwards’ 1100cc Super Aero and my own black car, which I offered to Ewan Cameron as a thank you for the massive amount of work he put in on my new engine before Spa. Our race was a pre war sports car race featuring a wide range of marques including Fraser Nash, MG, Talbot, Aston Martin and Alfa Romeo.

Simon is amazing in the rain but I knew that Ewan was slightly less enthusiastic….strange car, strange circuit, horrid conditions…don’t blame him. He sensibly followed Simon round in practice to see where he was going, although Simon’s gear change being the opposite to mine had him wondering. Towards the end of qualifying he told us that he tried a fast lap and ended up on the grass so backed off again.

Race time and no improvement in the weather. I was on my second set of clothes in the paddock and my second set of fingernails having bitten the first set to nothing worrying about my driver. It is so much easier to do the racing than wait in the paddock isn’t it and I am not the most patient person (no really!). Ewan and Simon took the fourth row after qualifying 7th and 8th respectively and the cars in 9th and 10th positions came storming past 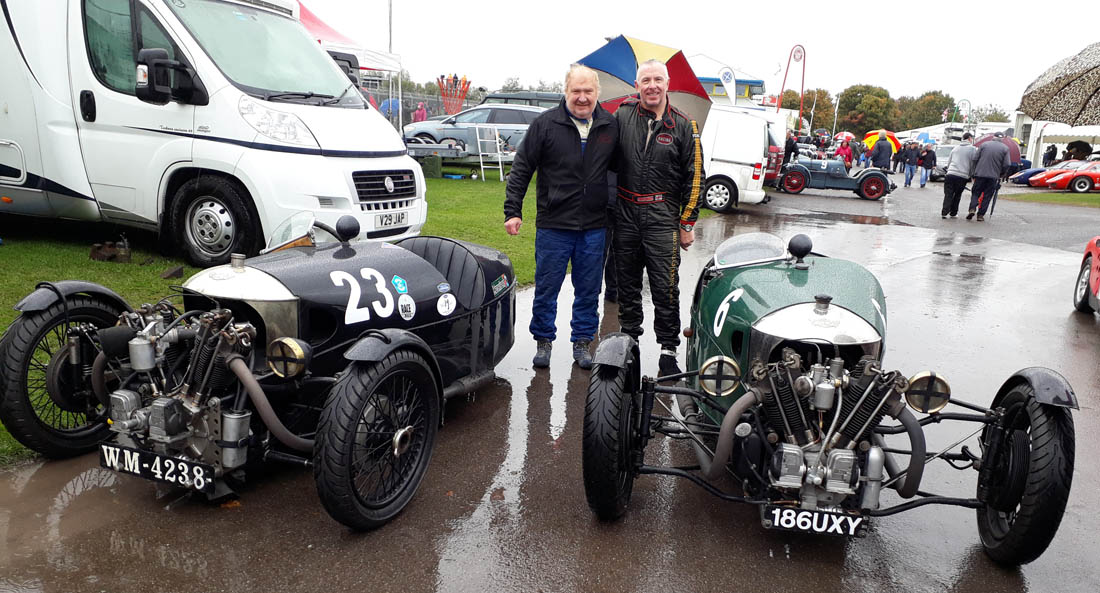 on the start as usual with the normal two speeder high bottom gear issue. However after a few laps they were well placed in 7th and 8th again. Ewan was mired with an MG and the Fraser Nash Owlet of Patrick Blakeney Edwards both of which were quite quick in a straight line but holding him up on the corners. He performed an excellent move on them down into Quarry which saw he pass them both round the outside and he was up to 5th place. Simon had a battle of his own with a very quick HRG and a super charged Riley but got the better of both in the conditions to finish 7th overall. Meanwhile Ewan was fast catching the very quick Nash of Jo Blakeney Edwards (sister in law of P B-E) and we had some great banter with her husband, also on the pit wall cheering our respective drivers on. We knew Ewan could do it and it was no surprise when he came into view in front of Jo to start the last lap, and he finished a fine 4th.

Despite the conditions, or maybe because of them,  it was one of the best races for Morgans of that event and both drivers went home smiling.