You are here: Home1 / The Touring Groups Aviation Tour

Day 1
Sunday 3rd April saw a large contingent of Mogs descend on Woodhall Spa in Lincolnshire. The Aviation Tour was underway.
Red Leader, Chris Golding headed a large group up from the South East stopping off at Krazy Horse Morgan for lunch, others arrived from Scotland, Cumbria and Somerset. There were no casualties or breakdowns, thank goodness.
We are based in two hotels, The Inn at Woodhall Spa and The Petwood Hotel.
All enjoyed dinner in their hotels and there was much catching up with each other done.
Monday morning and after a hearty breakfast the group from both hotels assembled, were given a briefing by Ian Brett and set off for the days activities.
We were on a tour of airfields and memorials. Starting off at Metheringham then RAF Waddington, RAF COLEBY Grange, RAF Wellingore, RAF  Wellingore, RAF Fulbeck,RAF Digby then back into Metheringham Airfield Visitor Centre. here we had a very interesting talk by ex Squadron Leader Andy Merton about the Vulcan Bomber Raids he led on the Falklands Islands, 40 years ago this month.
We then moved on to RAF Coningsby for a very enjoyable visit to the Battle of Britain Museum.
the return to Woodhall Spa completed a super day.

Day 2
Tuesday morning saw the group assemble again for a super run out, freezing cold but the rain had at least stopped.
We arrived at Wazel Woods, sole supplier of Ash to Morgan Motor Co. this was a very interesting visit indeed. 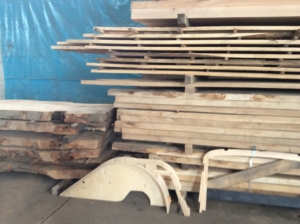 .
After this we carried on to Skegness and arrived at Skegness Water Park, the Mogs were parked in front of English Electric Lightning T5XS456 for a big photo shoot. 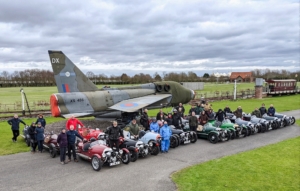 Some great pictures were taken.
We also enjoyed a ride on the nearby light railway.
On we carried to East Kirby Aviation Museum, had an excellent lunch then had a private tour of the Lancaster and Mosquito based there.
A good run ensued back to Woodhall.
Day 3                                                       Group one- RAF Scampton
A super drive across country to RAF Scampton by a group of Mogs. We arrived to strict security, this is after all the home of The Red Arrows. Once we had cleared security we were escorted onto the base and allowed to park our Mogs on the perimeter of the airfield.
We were then treated to a spectacular air show by the Red Arrows who then landed right in front of us and a single Typhoon took the stage and performed the most awesome stunt manoeuvres for several minutes right over our heads. This was a most unforgettable experience, it is just so hard to describe what a show this was.

We were then taken on a guided tour of the heritage centre dedicated to The Dambusters and Guy Gibson. This was a really top notch guided tour. I was even allowed to sit in Guy Gibson’s chair, in his office. 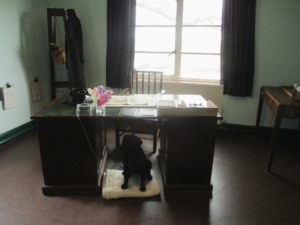 A really great experience.
It is such a shame that RAF Scampton is to close soon.
We then drove a short distance to Scampton village to The Dambusters pub for a great light lunch. Suitably refreshed we also visited the village church with it,s special stained glass window commemorating Scampton,s Aviation History. 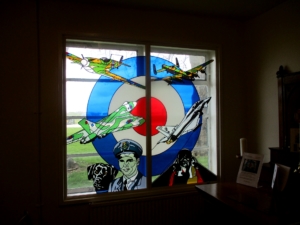 We then had a very brisk drive across Lincolnshireto base camp at Woodhall Spa.
A fantastic day out, many thanks to Andy and Sue. 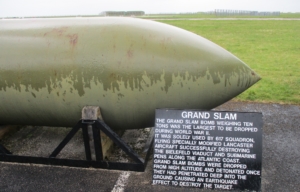 Eleven of the Touring Group went to RAF Waddington on Wednesday. Some security passes issued at the gate and then we were hosted by 8 Sqdn. AWACS.  A talk in the crew room on what the Boeing E-3D  AWACS did was followed by a rare drive onto the large aircraft apron for a photo shoot with the E-3D as background for the M3W’s. The station photographer took some very professional photos that were sent to us later that day.

We did see the Vulcan XM607 in the distance, getting it’s preparation for a respray for the 40th anniversary of the Falklands war, when it bombed the runway at Port Stanley Airport. After the AWACS tour we went to the station heritage museum and had a guided tour.  A short journey past RAF Cranwell was followed by a s 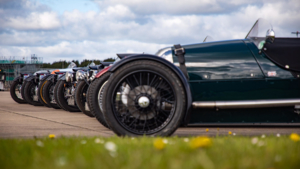 top at the Royal Oak pub at Scopwick, near RAF Digby, for an excellent lunch.  The final event was a visit to the war graves at Scopwick to see the headstone for Pilot Officer McGee, where his famous poem High Flight was emotionally read by Andy Dickens. 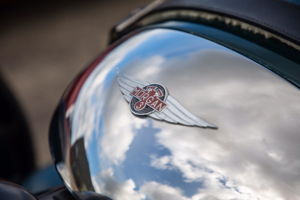 Wednesday evenings Final Dinner was held with everyone in attendance at The Inn at Woodhall Spa.
On Thursday morning all set off for home after a thoroughly enjoyable few days break, good company, good hotels, good food and best of all no breakdowns worth mentioning !
Yet another Touring Group event to remember.
Ian Parkinson/Ian Brett, Joint Organisers. ( with help from Nigel Pitt and Andy Warren.)
Scroll to top