You are here: Home / The Sporting Home Page 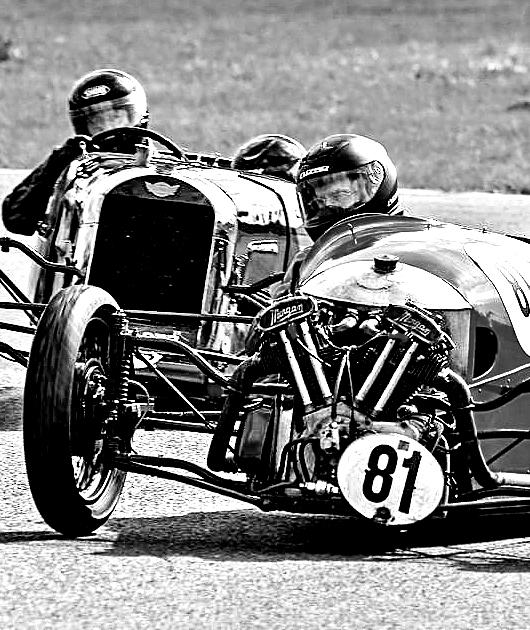 The Morgan Three Wheeler Club Sporting Section is dedicated to keeping alive the competition prowess of the Morgan Three Wheeler which began back in 1912 when HFS Morgan won the “Light Car and Cyclecar Challenge Trophy” at Brooklands at the first attempt. That spirit of competition still drives today’s racers to keep the Three Wheeler at the forefront of vintage racing where it holds a unique place, being able to compete and win in a wide range of events.

The Sporting section is typified by the power and noise of the JAP engined methanol burners, the wheel waggling competitiveness of the close racing and the David and Goliath battles with the heavyweights of vintage racing, be it VMCC, VSCC or Internationally. 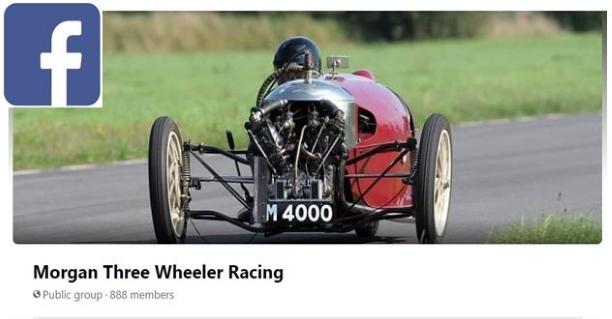 There is a Challenge trophy, named The Morgan Three Wheeler Club Challenge Trophy and it is open to anyone in the club who wishes to compete. It consists of circuit races, hill climbs and sprints with cars running in three classes based on the club’s sporting formula, devised by the competitors to give everyone a sporting chance of success.

The club is affiliated to the ACU and both Twins and F-Types (Ford-engined three wheelers) compete in VMCC events, racing very successfully against B3 cyclecars and sidecars. An increasing number of Two Speeder twins take on the four wheeled vintage cars at VSCC meetings and regularly come away with the trophies. Internationally, Morgan Three wheelers have put up unbelievable performances including winning overall at acclaimed events such as Klausen, Grossglockner and Angouleme. Morgan Three Wheelers are invited to an ever increasing range of events as organisers are keen to add the competitive sparkle that our Sporting Section brings to their events. Wherever there is a Morgan Three Wheeler competing, you will find a crowd of spectators marvelling at its speed and sound. 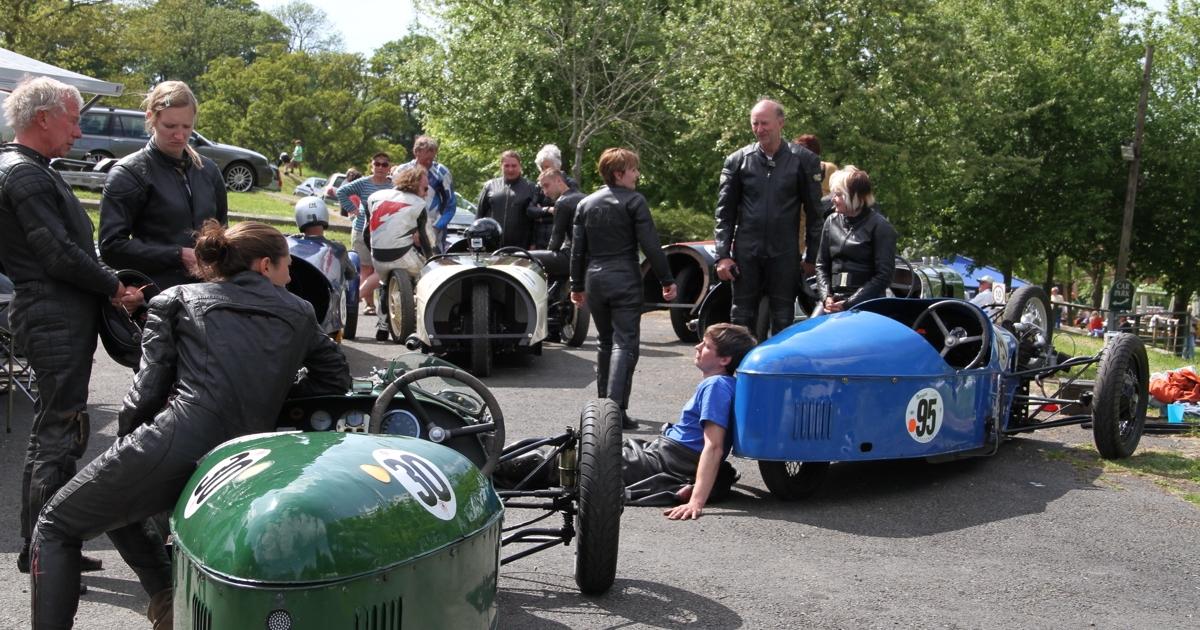 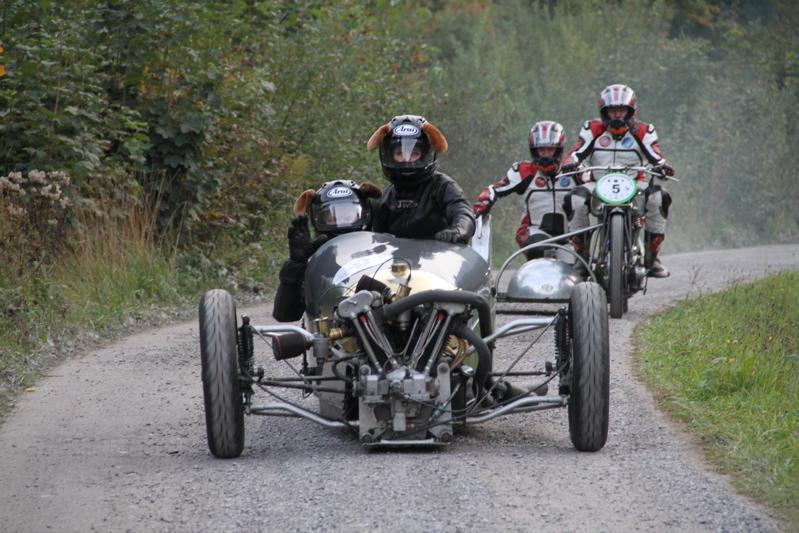 The Sporting Section welcomes those with a love of Morgan Three Wheelers and racing,whether they wish to compete, help with organisation and marshalling or just be there. Nowhere will you see more exciting racing with young guns challenging the experienced champions to keep up the Morgan racing tradition so magnificently.

Contact Us The Morgan Three Wheeler Club Sporting section is always seeking additional sponsorship. Sponsorship can be on an individual event basis or as a series of events. If you are interested in finding out more, sponsoring the racing section or competing yourself, please the Competition Secretary here.

To obtain an ACU Licence using the code you must be a MTWC Member. To apply for a Competition licence you will need to use the ACU online licencing process from the website  www.acu.org.uk/.  You can apply for your licence by post and the relevant forms/notes can be downloaded from:  www.acu.org.uk/RidersMembers/License-Forms.aspx
If you are applying for your first ACU licence to compete in your Morgan you will need to complete a Competitor Training Course (CTC) and a Basic Rider Assessment (BRA).  The CTC is a classroom based seminar to raise your awareness of the National Sporting Code (Start Procedure, Flags, Lights and Circuit Procedure.  The BRA is Circuit Based and will require you to take your Morgan to a prearranged circuit to show an ACU Assessor that you have the ability to control it.  Details of both CTCs and BRAs will be available on the ACU Website www.acu.org.uk/ACU-Events/Competitor-Training-Course.aspx
Scroll to top