Returning to a one-day format for 2015, the day included the traditional VSCC sets in the form of the  illustrious GP Itala Trophy Races, catering for their  core Competitors of Vintage, PVT and Historic Racing and Sports-Cars.

Four MTWC Members entered the event with varying levels of success and failure. Gary Caroline, Sue Darbyshire, Iain Stewart and Duncan Wood were all racing two speeder Super Aeros. Duncan finished 7th out of 26 starters in a 5 lap handicap with the 2nd fastest lap at 75.50 mph. Unfortunately, problems beset all 4 of them in the Itala and Lanchester Trophies Race although Gary still managed to finish 3rd.

Snippets from Gary and Iain:

Gary: The meeting is well known to demonstrate the weaknesses in the winter “improvements”.  However, practice times placed three of the four Morgans  on the first two rows of the grid with less than a second between them. Quite an achievement when the race included such cars as the Napier Bentley of 27 litres.

In the race Duncan dropped an exhaust valve head,  Sue bent an exhaust valve and Iain almost drowned in methanol when a float chamber modification failed. I was lucky to take third place overall as a spark plug disintegrated on lap five of ten laps.  Thank goodness for dual plugs per cylinder.

The spectator support from our Club members was impressive and much appreciated.

Iain: It was a bad day for Morgans at VSCC Silverstone. They all certainly looked the part (in the paddock) and all of them started the race. I pulled into the pits on lap-2 when a float needle released itself and dropped through the float. Huge amount of methanol was spraying out with insufficient remaining to allow the engine to keep running. Sue had been suffering a mysterious loss of power and also retired, following me in on lap-2. Duncan Wood was going very well and was quickly catching the Dougal Cawley GN for a 2nd place when he dropped an exhaust valve. This left Gary Caroline in the remaining Morgan to come home in 3rd place. Gary had started to misfire badly as he crossed the finish line. He later found the insulation around the central electrode of his spark plugs had broken up and fallen off.

All in all – fairly consistent for these 3 wheelers. 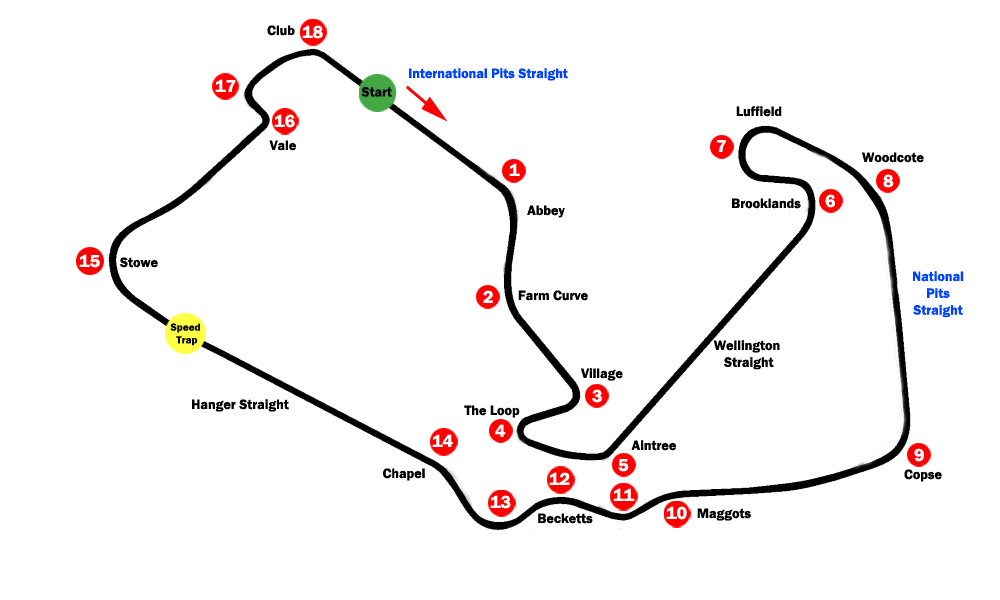 The VSCC Gallery – click here and scroll down the page. 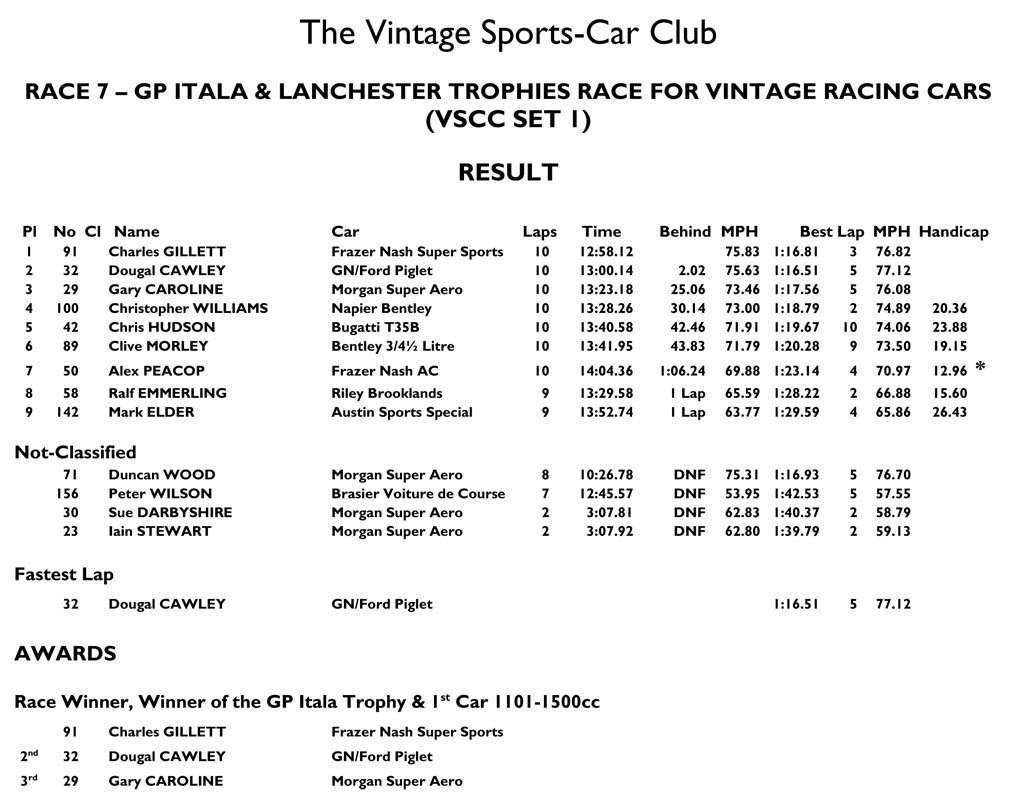