The Vintage Sports-Car Club has been organising the Vintage Hill Climb at Prescott since 1938 and it has grown to become one of the largest hill climb events in Europe. Without doubt, the event is one of the highlights of the VSCC year with over 250 Pre-war cars competing in thrilling uphill racing over the weekend of 3-4 August, and approximately 8,000 visitors were expected over the weekend.

Saturday was dry but Sunday turned out rather wet, affecting many of the times for the competitive runs.

Sue only managed one climb, failing on the start line on her second competitive run.

Provisional results show that Sue achieved 5th place out of 20 runners while Mike came 4th out of 22 starters. No mean feats given the conditions. 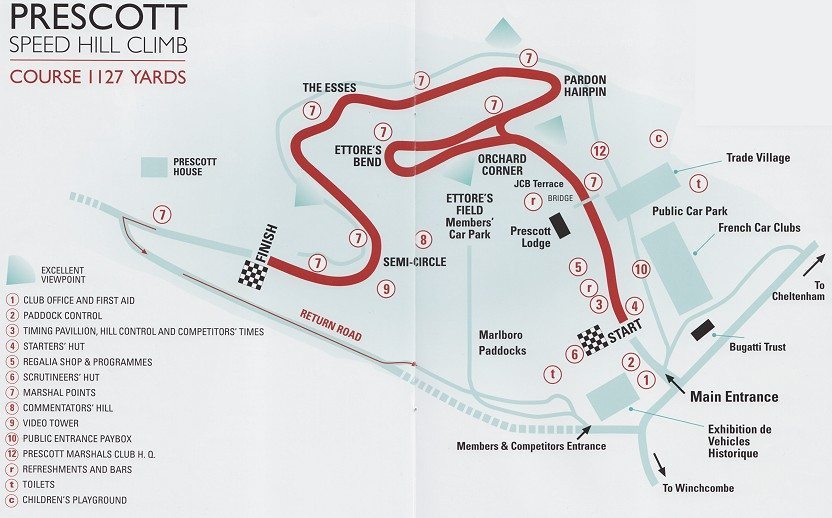 Many thanks to Dennis Rushton and Paul Down for the photos. To view the photo galleries, click on any of the photos to bring up a larger version. You can scroll forwards and backwards using the [,] and [.] keys. Press [ESC] or click on the image to Exit. 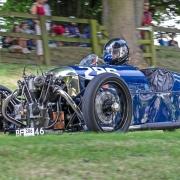 Saturday first practice. Sue Darbyshire heads up to The Esses 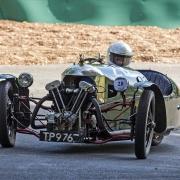 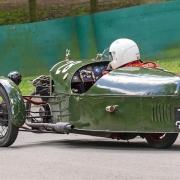 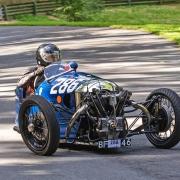 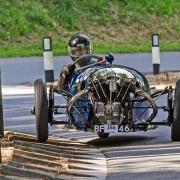 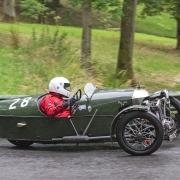 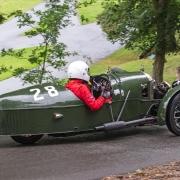 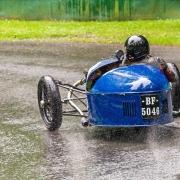 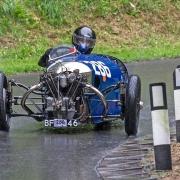 Sunday first competitive run. Sue enters the Esses in the wet. Take a look at the first marker post. Bill Tuer clipped it during La Vie En Bleu back in June 2013 and it hasn’t been fixed properly yet (there’s a report and photo on our website) 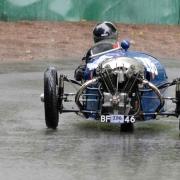 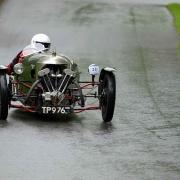 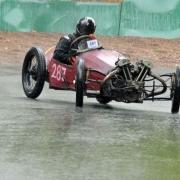 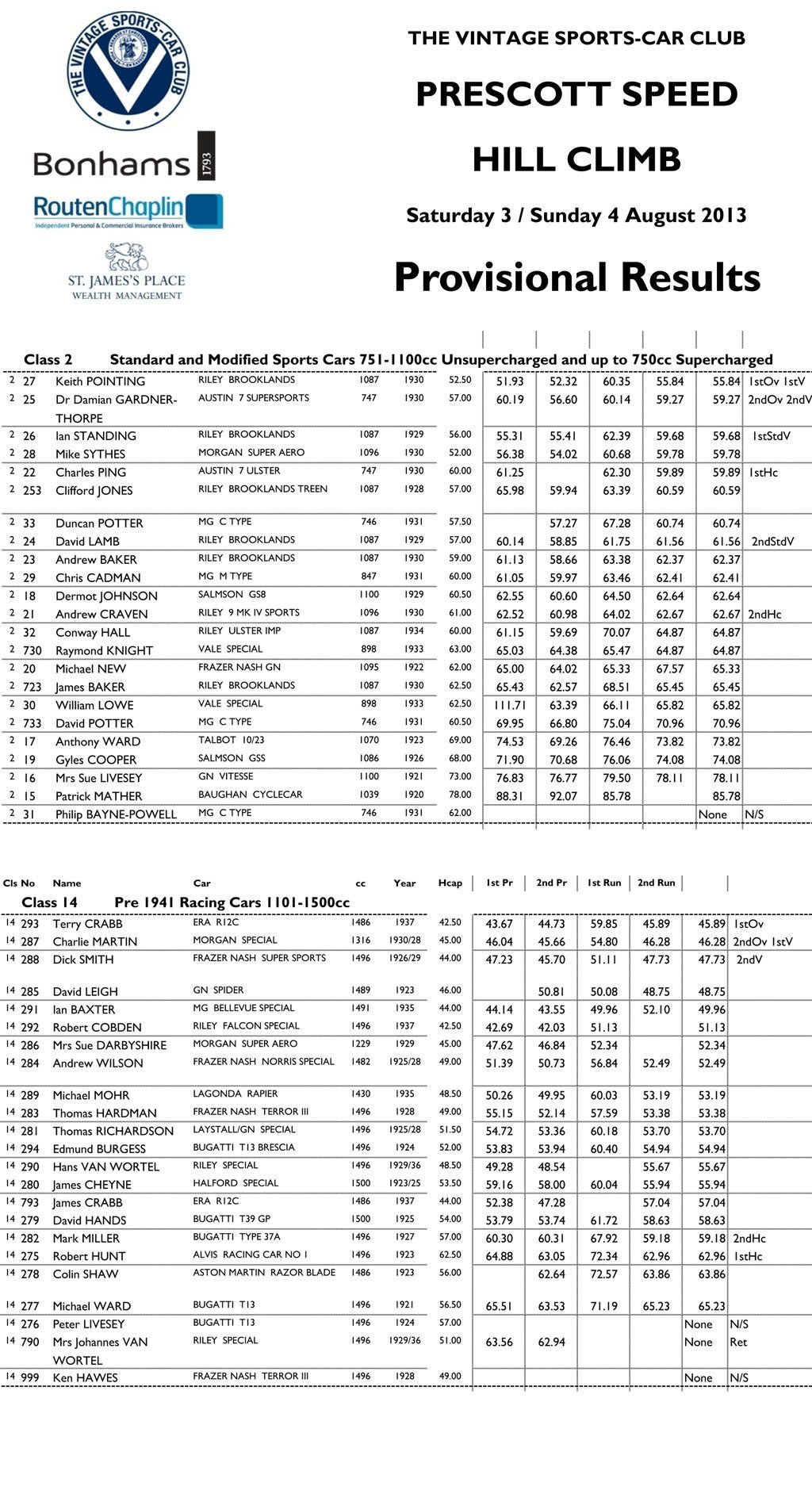