Round 4 of the 2013 MTWC Challenge Series 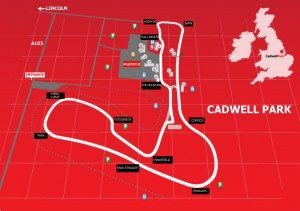 Qualifying was 8 laps and put Hamish Bibby on pole with Tim Gray, Neil Smith and Chas Reynolds behind.  Sue Darbyshire had a mechanical failure which opened the gap for Danny Hodgson to put in a spectacular lap to line up ahead of the Competition Secretary’s F-Type, without it’s misfire for the first time this season, and Tony Quinn.

The lineup for the race changed radically when Hamish was late and had to start from the back of the Grid.  Chas Reynolds had a good start but only managed the first lap before retiring at Mansfield with a holed piston.  Hamish with Katie Bain in the passenger seat was in cracking form and cleared the field to win by 35 seconds from Neil Smith.  The TM Class went to Chloe Pilbeam who finished 20 seconds ahead of Cathy Quinn to get her revenge for Prescott.

Once again many thanks to Dennis Rushton for the photos. To view the photo gallery, click on any of the photos to bring up a larger version. You can scroll forwards and backwards using the [,] and [.] keys. Press [ESC] or click on the image to Exit. 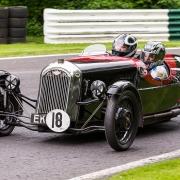 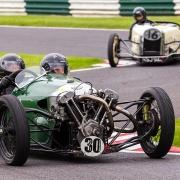 Chas Reynolds at The Chicane 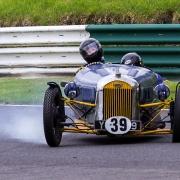 Chloe Pilbeam anchors on at The Chicane 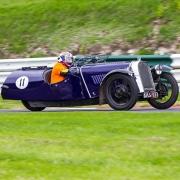 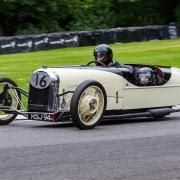 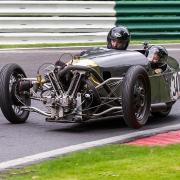 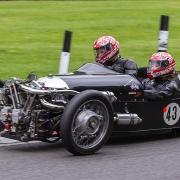 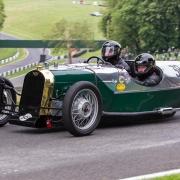 Pete Clews between Mountain and Hall Bends. What a wonderful view! 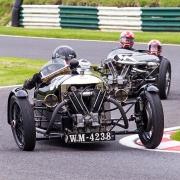 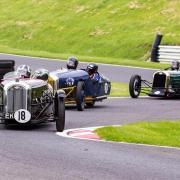 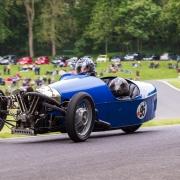 Tim Gray on the entry to Hall Bends 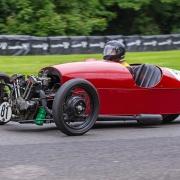 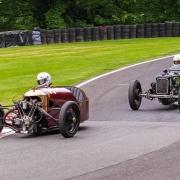 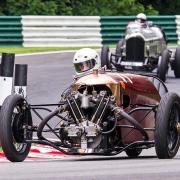 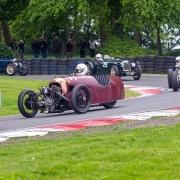 Duncan Woods weaves through the field in the short Handicap Race 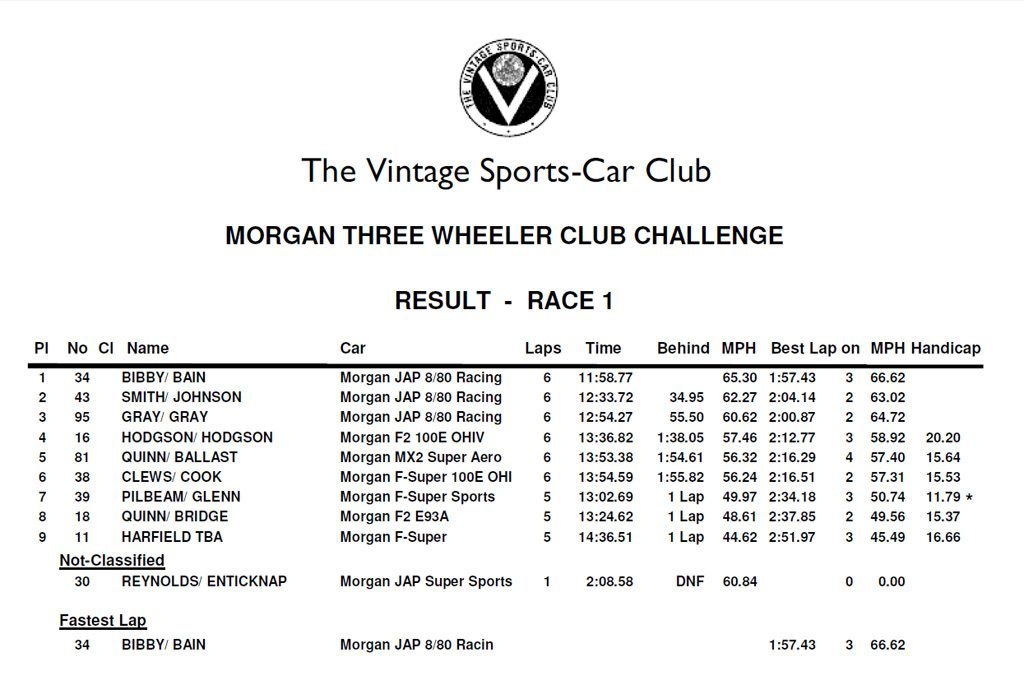 To see the results of the 2013 Challenge Series so far, click here.