A great Night Trial, organised by Danny and Dave Hodgson. A new and successful format too with competitors starting early evening and finishing well before dawn. 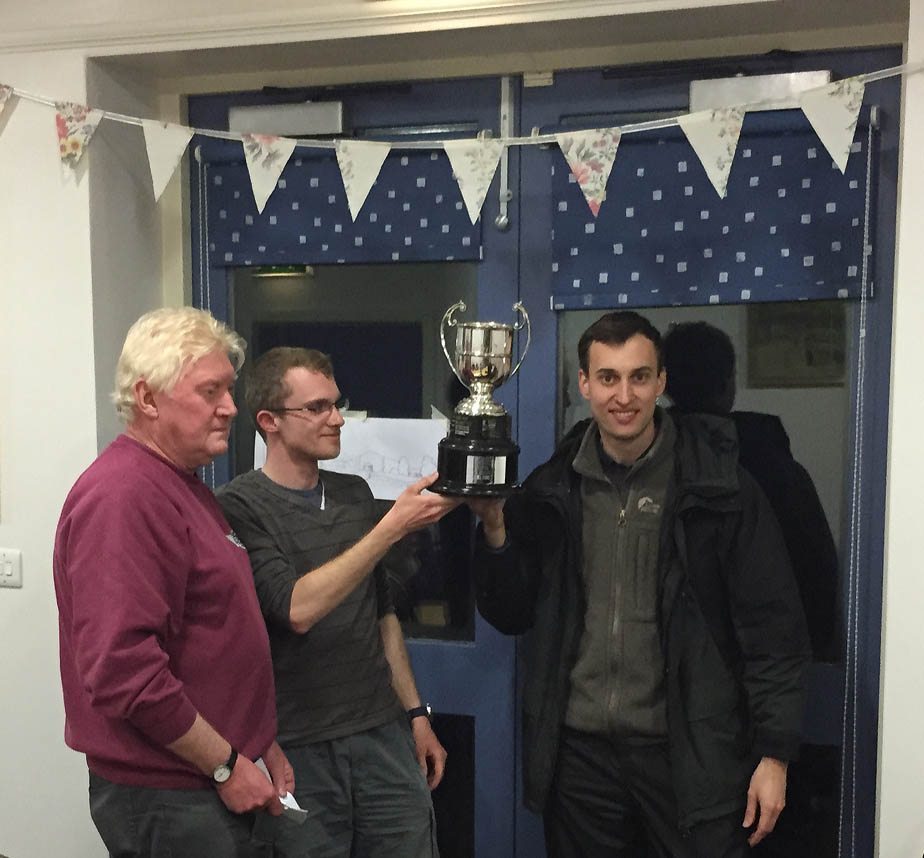 I’d offered to marshal on the event – I was told I’d finish before midnight and that was good enough to tempt me.

I arrived at Kelbrook Village Hall to find most competitors busy plotting the route and drinking cups of tea. Austin Smith rolled up 2 hours later in relaxed mode but still managed to get sorted before the start. Fish and Chips fortified the crews and marshals and the event got underway. Chris Harfield was sporting a plastic bag on his “pointy” finger, having sawn some of it off sorting out his gearchange and propshaft after problems at Loton Park the previous weekend. Tony Pearson was carrying James Ball from MogMag as navigator on the 1st half, Bronte taking over for the later, darker sections.

Sam Savage, Neil Shirley and I ran the 1st control, a fiendish set of anagrams which foiled most crews. Amazingly, Howard Joseph and Rob Carter got all 4 answers correct. Having completed our work we relaxed and enjoyed watching the competition. We bypassed Control 2 and drove to Control 3 (via The Old Swan in Gargrave). Here the competitors had to identify 3 liquids by sight alone: Castrol R40, Petrol and Water. One team guessed petrol as  white wine…. wishful thinking. Control 4 was a stop and restart on a steep hill. An egg wedged behind a front wheel provided evidence of a clean start or otherwise. Grahame Joseph’s cone clutch let him down and his 2 speeder crushed the egg comprehensively. Austin Smith sped away, spinning the rear wheel in 1st and 2nd gear in the 5 speeder. Malcolm Lamb unfortunately failed too and spoiled an F-Type clean sheet at this control.

My job was done and I left for home. The other competitors continued through until the early hours. Only 1 crew failed to finish; Tony and Bronte Pearson’s alternator failed and they retired. Austin Smith suffered flat battery problems – traced to having too many acessories plugged in: electric blankets, phone charger, intercom etc. etc.!

The result? Another win for Howard Joseph, this time teamed up with Robert Carter. Youthful perseverance prevailed. Where other competitors gave up after missing controls, Robert and Howard back-tracked and found the route. Well Done!

Well done everyone else too… The organisers, the ladies who catered (Ann Harfield made the cakes and cookies but I was denied a taster), the marshals and of course, the competitors.