Loton Park April 13th. Round One of MTWC Challenge

You are here: Home1 / Sporting Home Page2 / Reports and Photos3 / Loton Park April 13th. Round One of MTWC Challenge

Round One of the 2013 Morgan Three wheeler Challenge at Loton Park The 2013 session started at Loton Park Hill Climb with 16 Morgans ready to embark on the 1,475 yard climb to the top of the course. The day started with a beautiful blue sky, a perfect day for motor sport. The first two practice runs gave everyone a chance to refresh their memories and test their winter developments. Alistair Rew had to retire without completing a timed run.

Loton Park Speed Hill Climb course is set in the beautiful surroundings of a deer park owned by Sir Michael Leighton, and is situated 9 miles west of Shrewsbury on the B4393 road in the village of Alberbury. The course is 1475 yards (1349 metres) long with an average gradient of 1 in 25 (4%) and the steepest of 1 in 7 (14%) and is rated as one of the country’s most demanding hills by competitors. 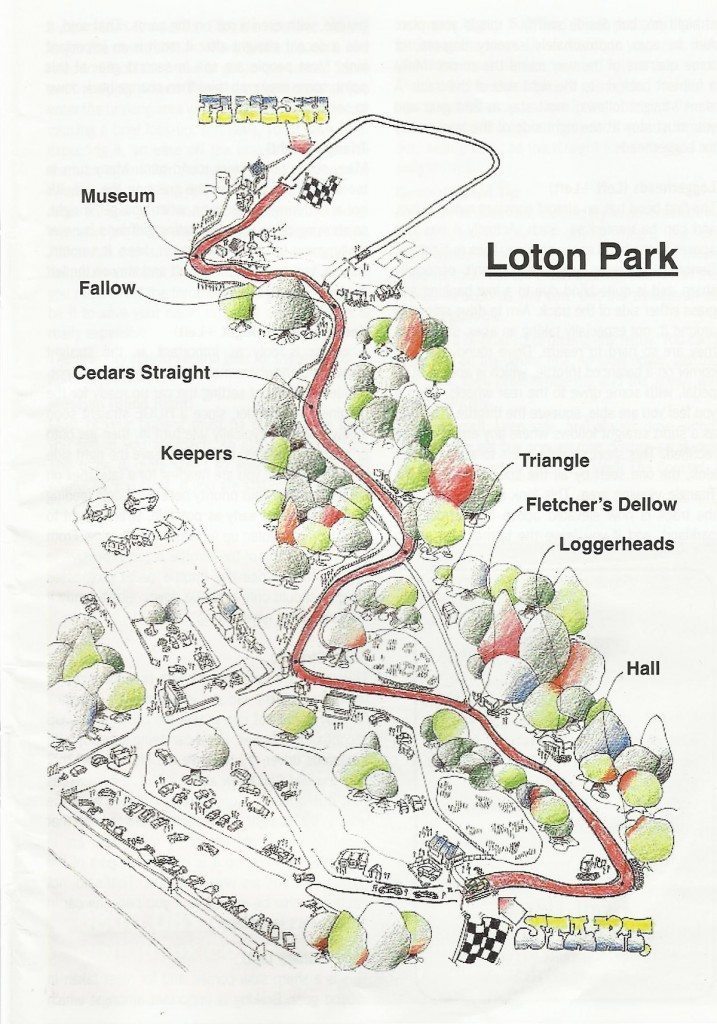 After lunch the clouds soon rolled over and it wasn’t long before one of the other competitors had a mishap with a tyre wall just after the Triangle. As we were waiting for the repairs to be finished the heavens opened and the umbrellas were soon found. After a considerable soaking, the track was eventually ready for the Morgans to have their timed runs. Chloe Pilbeam quickly learnt how slippy the track was and took her passenger Darren on a short detour at Triangle! Ruth must have had enough of Steve Lister’s driving as she literally lost her rag on the straight towards Triangle, causing Dave Hodgson to be Red flagged whilst the marshal recovered a damp looking rag from the track.

Bill Tuer achieved the fasted time of the day with a very impressive 70.41 in the wet, closely followed by Hamish and “The” Tim Gray. Tim then had his worm wheel break on the way back up the paddock from his 2nd timed run.

Results are as follows:

To view the photo galleries, click on any of the photos to bring up a larger version. You can scroll forwards and backwards using the [,] and [.] keys. Press [ESC] or click on the image to Exit. 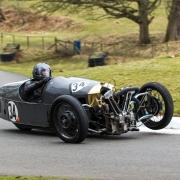 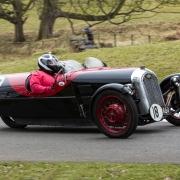 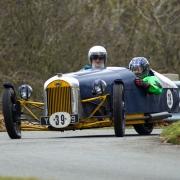 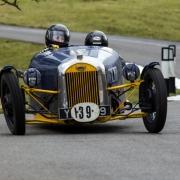 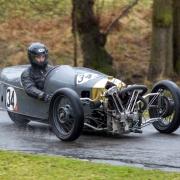 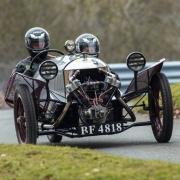 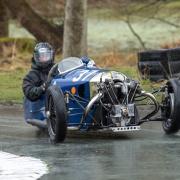 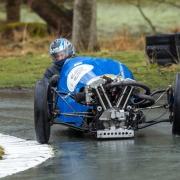