Round two of the 2013 Morgan Three Wheeler Club Challenge Series was at the VMCC meeting at Darley Moor. The Road Race Circuit is situated on a high plateau adjacent to the A515, two miles south of Ashbourne in Derbyshire. The World War II runway was transformed into Darley Moor Racetrack holding regular events since the early 1960s for motorbike and three wheeler racing.

The expected rain never arrived but it was cold for the Challenge Race on Saturday; however it didn’t put off the hardy competitors even though it took some of the cars and drivers a bit longer to get started!

Hamish Bibby with Katie back in the passenger seat blitzed the field with a blistering first lap and led to the finish.  Tim Gray was not too far behind with Sue Darbyshire in the black 2 speeder, without George there supporting her, coming home third.

Well behind this group was the battle between Tony Quinn and Pete Clews’ misfiring F-Type with the victory eventually going to Tony.  Danny Hodgson had a gearbox problem with the Racing Class F-Type and took over Dave’s car to lead the TM Class to rob Dave Poplar of the victory by 2 seconds.  The battle between Cathy Quinn and Chloe Pilbeam gets more intense as Chloe gains confidence and promises some very close racing between them so watch this space. 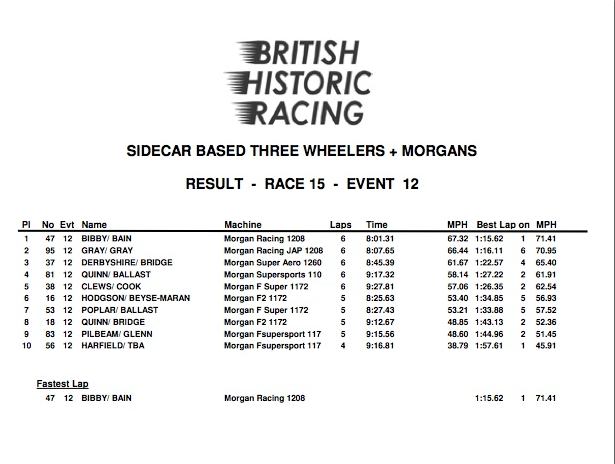 Thanks as usual to Dennis Rushton for the photos he took. Thanks too to Jon Mark for his photo at The Hairpin, taken on Sunday. To view the photo gallery, click on any of the photos to bring up a larger version. You can scroll forwards and backwards using the [,] and [.] keys. Press [ESC] or click on the image to Exit. 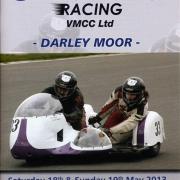 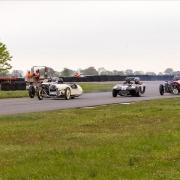 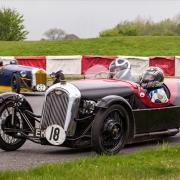 Cathy Quinn at The Hairpin 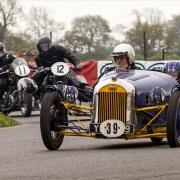 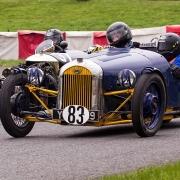 Chloe Pilbeam at The Hairpin 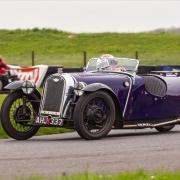 Chris Harfield at The Hairpin. Almost lifting a wheel 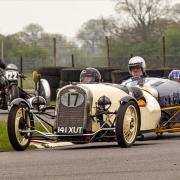 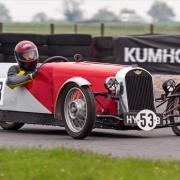 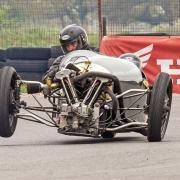 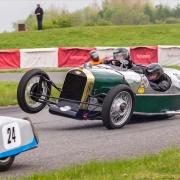 Pete Clews hairy moment at Paddock. Sparks from the chassis at the rear, maybe stabilisers are next on the menu. The engine needed a rebuild after this event… hardly surprising 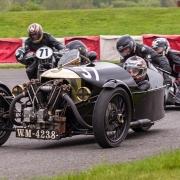 A tidier cornering technique from Sue Darbyshire at The Hairpin. 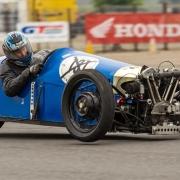 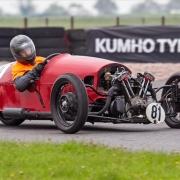 Tony Quinn through Paddock. Was the dummy radiator removed to cut weight? 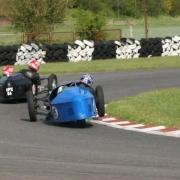 Neil Smith leads Tim Gray round The Hairpin at the Sunday meeting. Photo from Jon Mark. We don\’t get many photos of The Hairpin, it’s a long walk. Thanks Jon!