Photos and Report From This Year’s Event

From the 1st to 4th of October we had our fourth annual (should have been the fifth) GNCR event at Crooklands.  We had a great turnout and it would have been even better if the ten members from the NW group had been able to stay with us instead of three miles away at Milnthorpe.  The weather was pretty awful all weekend with rain every day but it didn’t spoil the enjoyment.  We felt really sorry for the Carolines and the Seymours who had had horrendous weather all week on their voyage up from Brooklands to Crooklands (we look forward to reading all about it Trevor).

The Saturday run to Muncaster castle was “blessed” with some torrential downpours and we were up in the clouds over Corney fell so no one got to see the fantastic views from the top.  We were made very welcome at Muncaster and had a lovely display of fifteen Morgans in front of the castle but no decent photos because of the rain.  The NW group had a much shorter run to the Bobbin Mill so we didn’t see them again after a brief meet up at Milnthorpe in the morning.

Sunday was a bit better with only a few showers and we all met up at the delightful Millerbeck miniature railway near Newby Bridge.  This is an extensive garden layout (7.1/4” gauge) at a private home and we had arranged for an exclusive open day there and were joined by six or so members from the Fellmog section of the MSCC in their 4-wheelers which made for a lovely display of Malvern’s finest.  Everyone enjoyed their train rides (and cakes) and I’m sure many will be paying a return visit.  The convoy of ten Morgans for the run back was quite a sight!

Around twenty of us stayed over on Sunday and Monday nights as we had hoped to do some Lakeland pass-storming on the Monday but the weather wasn’t suitable for that.  Instead, we took a combined steam train ride from Haverthwaite and boat cruise on Windermere to Bowness for the day.  Late afternoon was nice enough to take a planned scenic run through Grange over Sands but alas we had our first and only breakdown of the event with the Seymours suffering a misfire which was eventually traced to an internally corroded glass fuse!  While we were stopped dealing with that the Wright’s JAP stopped and could not be restarted.  This was due to a sudden but total magneto failure (probably condenser) which meant that Peter Pattinson then had to zoom home to Crooklands and return with the car and rescue trailer to recover the Mog.  Thank you Pete!

True to form we also had a wet drive home on Tuesday!  Next year’s event is confirmed for the same time (30th Sept.) and will be limited numbers so please book early to avoid disappointment! 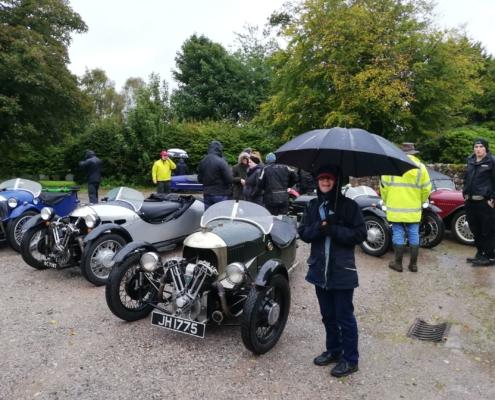 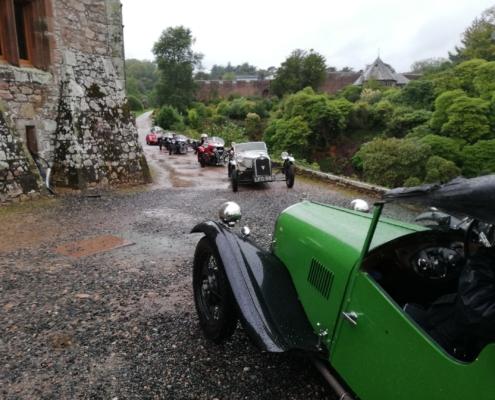 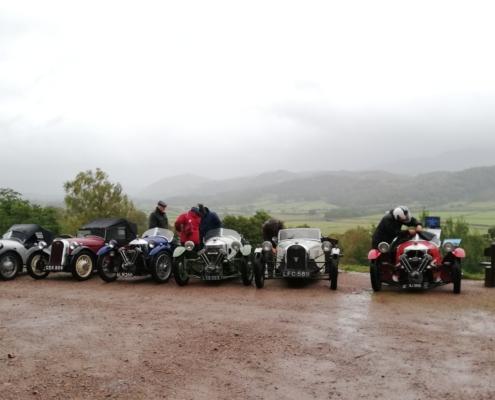 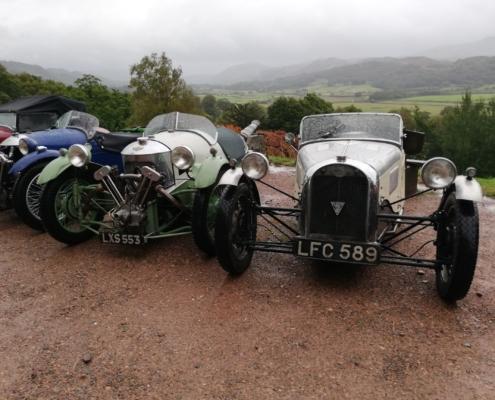 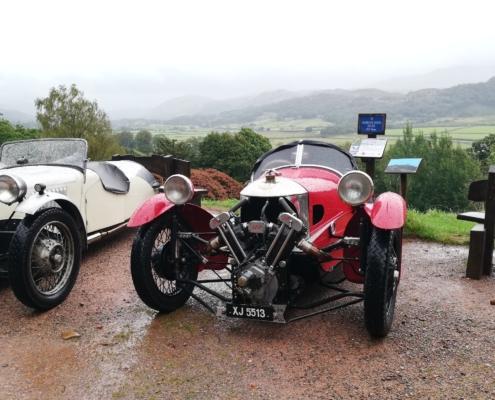 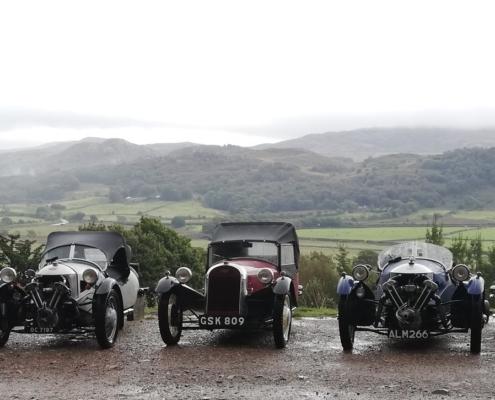 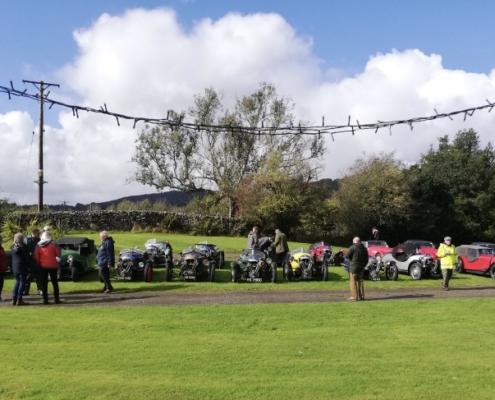 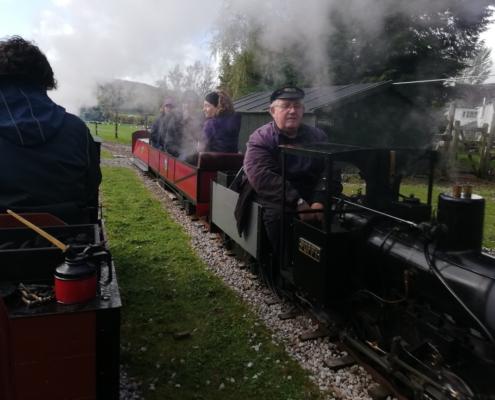 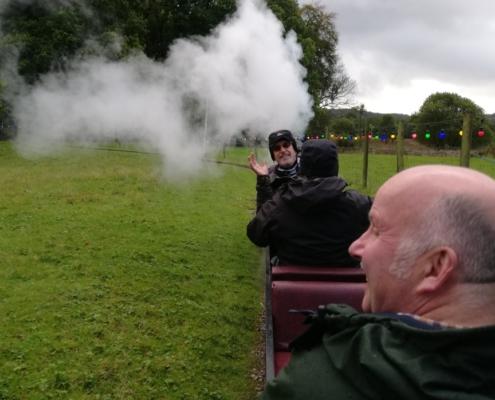 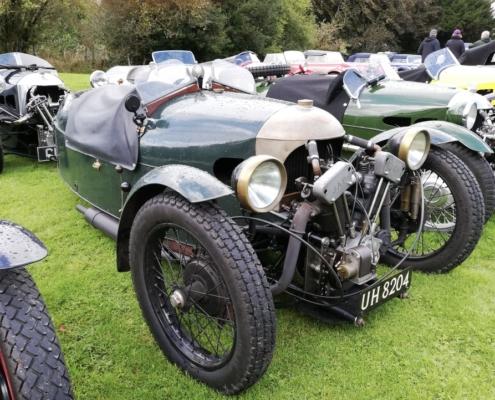 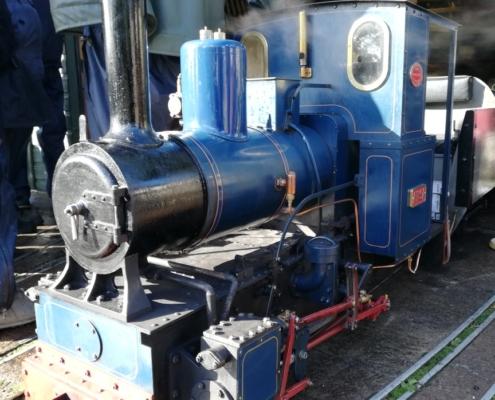 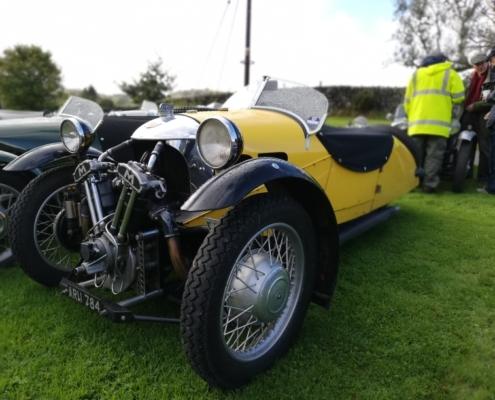 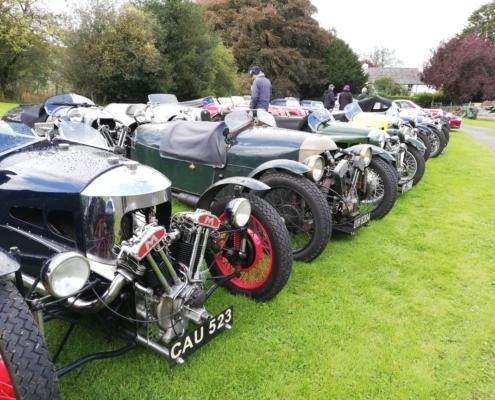 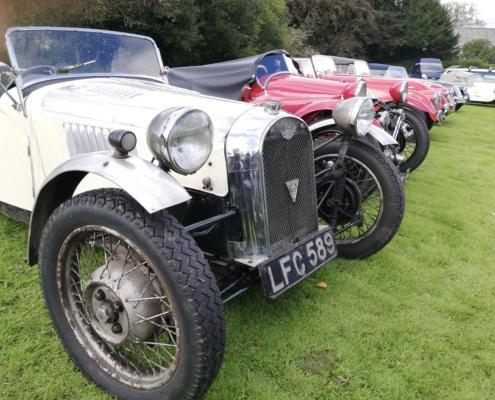 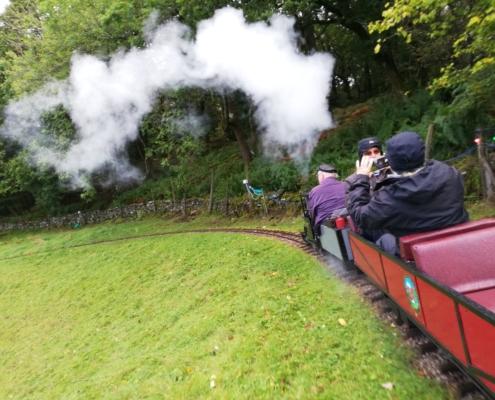 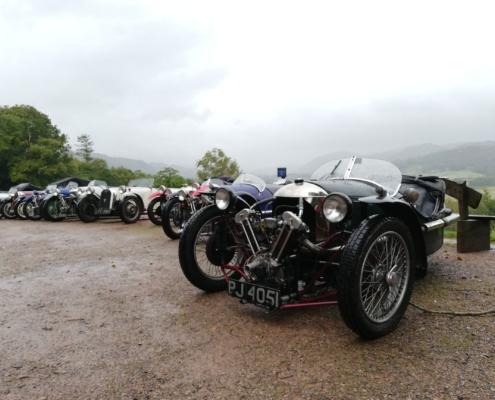