This spectacular event hosted 2 rounds of the Morgan Three Wheeler Club’s competition season – Round 4 of the Sprint and Hillclimb Series and Round 3 of the Challenge Series. 13 cars and drivers were entered.

Many thanks to Tony Quinn for this report:

It was a successful and enjoyable day for the thirteen Morgan crews and their friends.  Despite dire threats of thunder, lightning and rain, the wet stuff was restricted to a shower just before our first practice (typical!) and a prolonged downpour that conveniently arrived and departed over the lunch hour.  Increasingly hot weather meant that the track was dry for both timed runs in the afternoon.

After Rob Pike and Petra’s narrow win over Austin Smith and Julia in the 5 Speeder class at Loton Park it was going to be interesting to see who was going to come out on top at Prescott.  Rob has since invested in a super duper engine which is in the process of being supplied and fitted by the Morgan factory.  It’s in place but the ECU had not been fully mapped to suit its somewhat thirsty requirements.  It was running weak and so Rob intended to take it easy.

It was nice to welcome back Rob Blair onto the competition scene in his drop dead gorgeous C type two speed Super Aero with JTOR JAP.  Rob’s last outing at Prescott was 25 years ago.  Another JTOR Super Aero, and a delight to behold because of its history, was the M type ex-Martin Soames Brooklands car which has been kindly loaned by Mark Walker to Jim Edwards.  Jim brought it to the Opening Run recently but this was to be its first competitive outing in MTWC competition since Richard Wells’ ownership in the 1970s. Other JTOR powered regulars were Iain and Graca Stewart and Alistair Rew with Becky Washington.

Vying for Morgan FTD were Chas Reynolds and Nigel Challis, both JAP 8/80 variants, with Iain Stewart as a former Morgan hill record holder and Austin Smith both in with a chance.  In the petrol racing sub-class were the F type of Danny Hodgson and the Mk1 JAP powered three speeder of Tony Pearson.  Sole entry in the Standard Class was Steve Lister/Ruth Ross in the drop chassis Aero with ex-Clive Lones KMB Blackburne.  The Touring Modified Class was due to have been populated solely by Tony/Lily Quinn, but on the day they were joined by Cathy Quinn/Maggie Bridge in Cathy’s F2.

Also in Morgans but not competing were Terry and Cathy Cowley and Tom Langham.

First practice runs were predictably slow as competitors tippy-toed up the hill in slippery conditions.  Both the pace and weather hotted up for the afternoon runs with Chas Reynolds coming out on top with 56.22 seconds followed by Austin Smith close behind at 57.27.  In third place was a smiling Alistair Rew on 57.93 just pipping Nigel Challis on 58.54.  Nigel might have improved but had a poor first run due to fuel feed issues.

Throughout the day the Morgan area of the paddock was a very sociable area with competitors, friends and other spectators happily chattering away.  Our good friend Phil Reaney officiated as ACU Clerk of the Course liaising with the event organisers and also presented the F Type Challenge award to Tony Pearson for his endeavours in his TM F Super last year.  All in all a super day and we’re now looking forward to the club’s own twisty sprint at Curborough on Sunday 17 June.

Chas Reynolds was running with his 1050cc engine after the 1200cc engine threw a very noisy hissy fit at Wiscombe Park a few weeks ago.  The cause is yet to be investigated.

Iain Stewart had also been playing musical engines between Loton, the Opening Run, VSCC Mallory.  At Prescott he went into autopilot and removed the JAP to sort out a squealing clutch spigot bearing.

Having run perfectly at Loton, Brooklands and Wiscombe, Cathy Quinn’s racer threw a sulk too.  The MX2 refused to run properly when Tom Cowley was about to load up on Saturday afternoon.  Suspecting terminal ignition problems, they brought the F2 which Cathy drove to Prescott.

Jim Edwards is gaining experience in how to adjust the original total loss oiling system on his JAP to ensure that the plugs don’t oil up.  There was plenty of help on hand with suitable spark plugs being provided and adjustments made to the carburation to cure the sooty plugs. 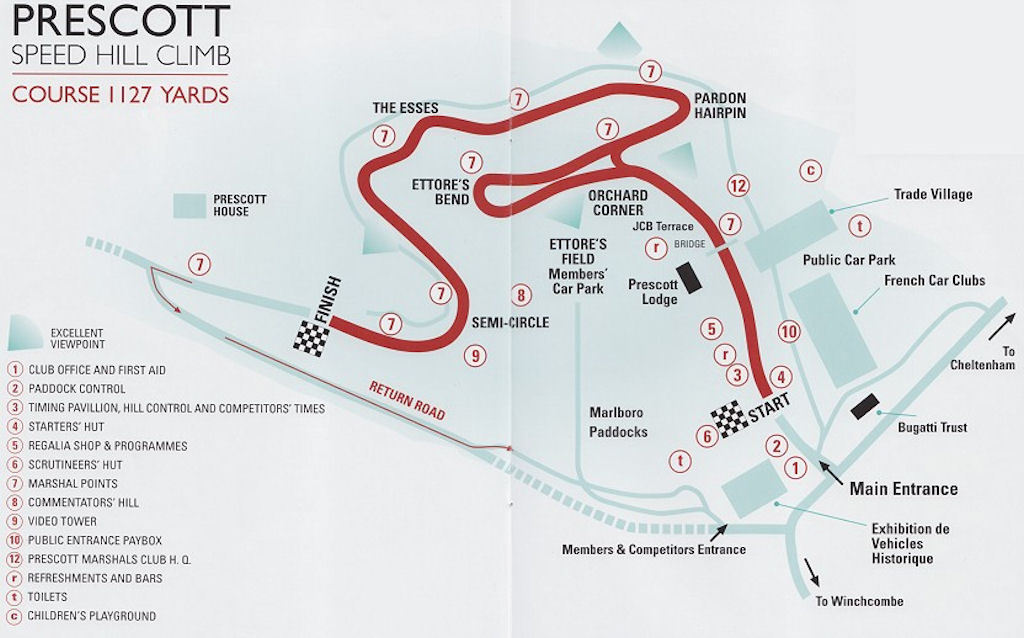 Great photos from Jon Mark and Tony Pearson. Scroll down for a video of Tony Pearson’s practice run. 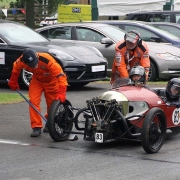 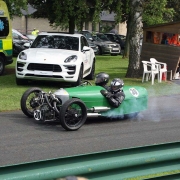 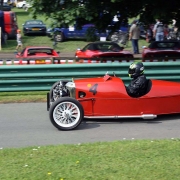 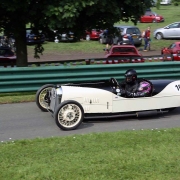 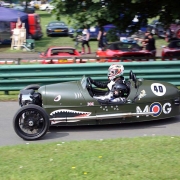 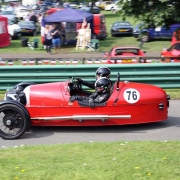 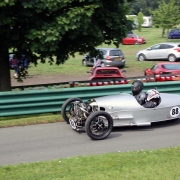 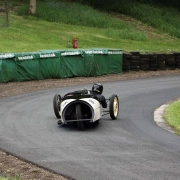 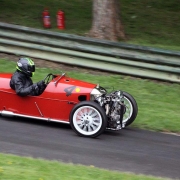 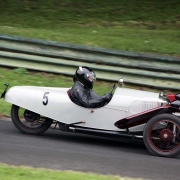 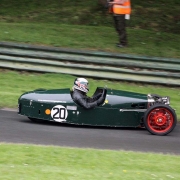 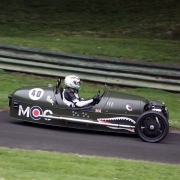 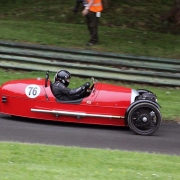 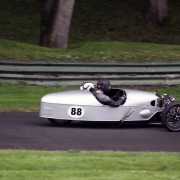 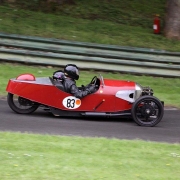 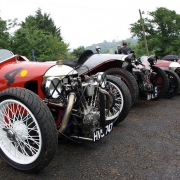 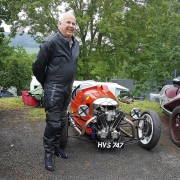 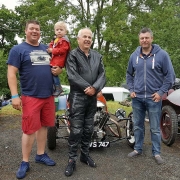 Results as compiled by Tony Quinn. You’ll find full results on the excellent Resultsman website including practice times, split times etc. The Morgan Three Wheeler classes are at the foot of the list on the left.

Steve Lister would like us to record the fact that his best time was in fact 75.91 secs. on his first timed run; “Just for historical accuracy you understand”

Normally meets on the third Wednesday of every month but contact the Group Organiser if you want to confirm.
View Calendar
Scroll to top