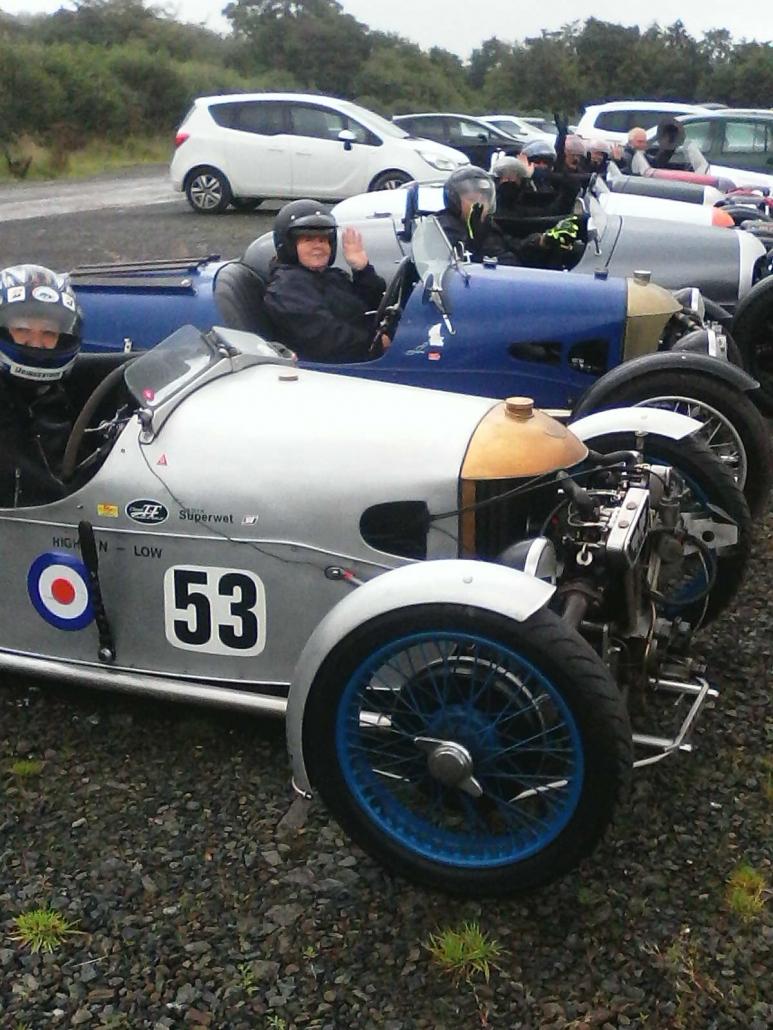 Anyone who saw the weather forecast for Friday 21st August would have expected to get wet.
The resulting day was quite remarkable in that we had lots of rain but never where we were, the Parkinson weather magic worked again !
A group of enthusiastic Three Wheeler owners gathered at Moto services J 27 off the M5 at 0930 to 1000. There were 9 Morgan Three Wheelers ( old and new)
and two Pembletons. After much elbow nudging and a great cup of coffee at Costa the group set off on to minor roads across North Devon, lots of twisty bits and super scenery.
We travelled through Tiverton then out again onto the B3227 for a superb scenic run, eventually landing at Quince Honey Farm, South Molton. This is really interesting place with a great cafe providing good value food and drink. We found table space outside and the chatting continued apace.
Eventually the whip had to be cracked to get everyone back into the vehicles for the next leg of the Tour.
With Ian and Maria leading again we continued on the B3227 with its great Morgan twisty and hilly bits going through Torrington and into Bideford for the lunch stop.
When you have The Clements  Gang ( Pete, Ron and Justin) with you there can only be one lunch destination, Wetherspoons so that is where we settled for. A reasonably priced meal and good value beer kept everyone happy.
When we went back to the vehicles the Mayor of Bideford was there admiring our vehicles and he was interested to hear about how we get out and actually use our vehicles seriously and was very pleased we chose Bideford as a stop off as it was a great attraction to see our vehicles.
Well refreshed it was time to continue the tour out onto The Atlantic Highway ( A39) and follow the coast to Widemouth Bay.
It was an excellent run down into North Cornwall and we all (eventually) arrived at the Bay View Inn in Widemouth Bay. The setting was stunning in the bay with large white surf waves pounding the shore. The Bay View balcony gave us an impressive view of all this as we drank our coffees.
Sadly, this was the end of the days Tour, the Exeter crowd set off and the Taunton crowd ( four Mogs) set off for the two hour trip home across country.
Everyone said how much they enjoyed the day out, it was great to see so many new faces with their lovely vehicles and willingness to join in !
There will be more similar trips in the coming weeks in Devon and in North Bristol,
Covid Rules permitting and current VMCC advice for small groups staying the same.
Watch this space for news and dates.
Ian and Maria
Morgan Three Wheeler Club Touring. 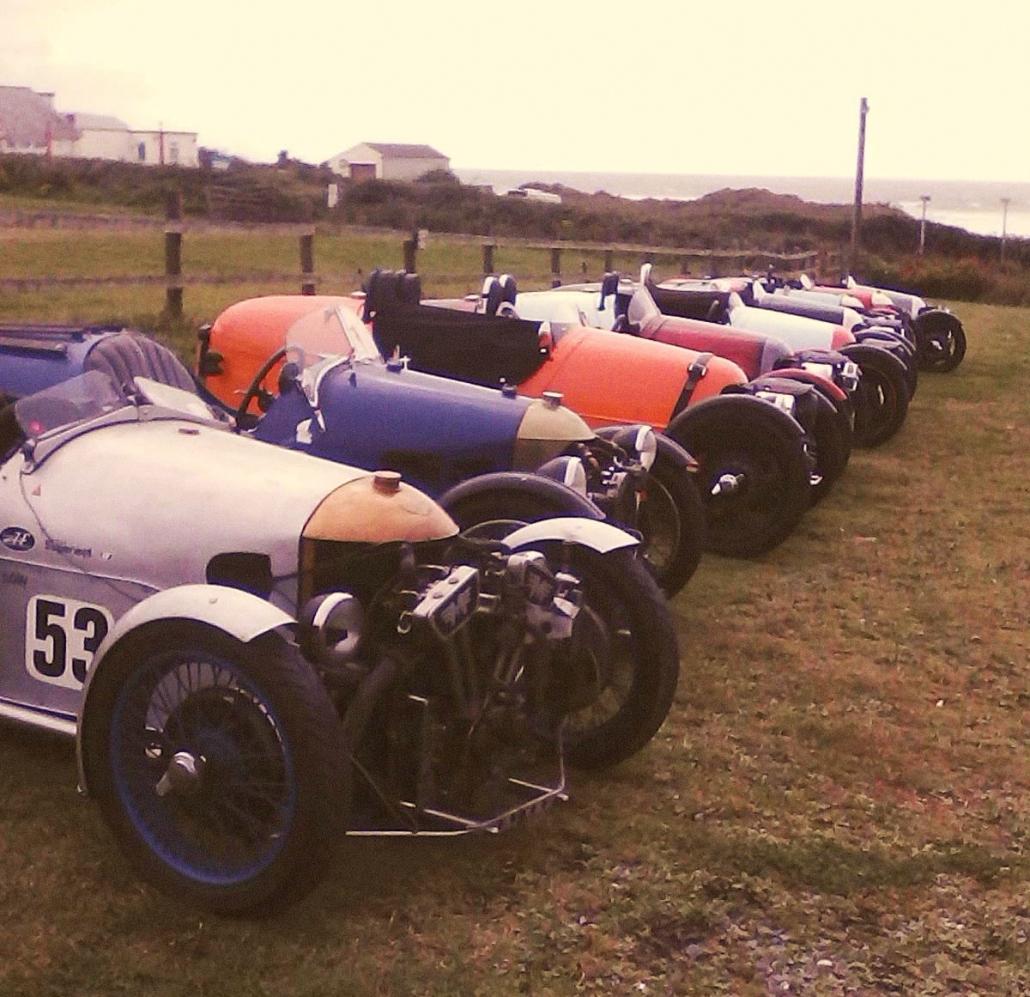