Three Morgan 3 Wheelers were proudly on display as part of the MSCC stand at this years NEC Classic car show.

The three cars were Martin Webb’s re-creation of the 1910 Runabout,  the 5 speeder of Andrew and Sue Warren  and the blue barrel back MX2 of John Gibson.

It goes without saying that the cars “caused quite a stir” and were a great addition to the stand. 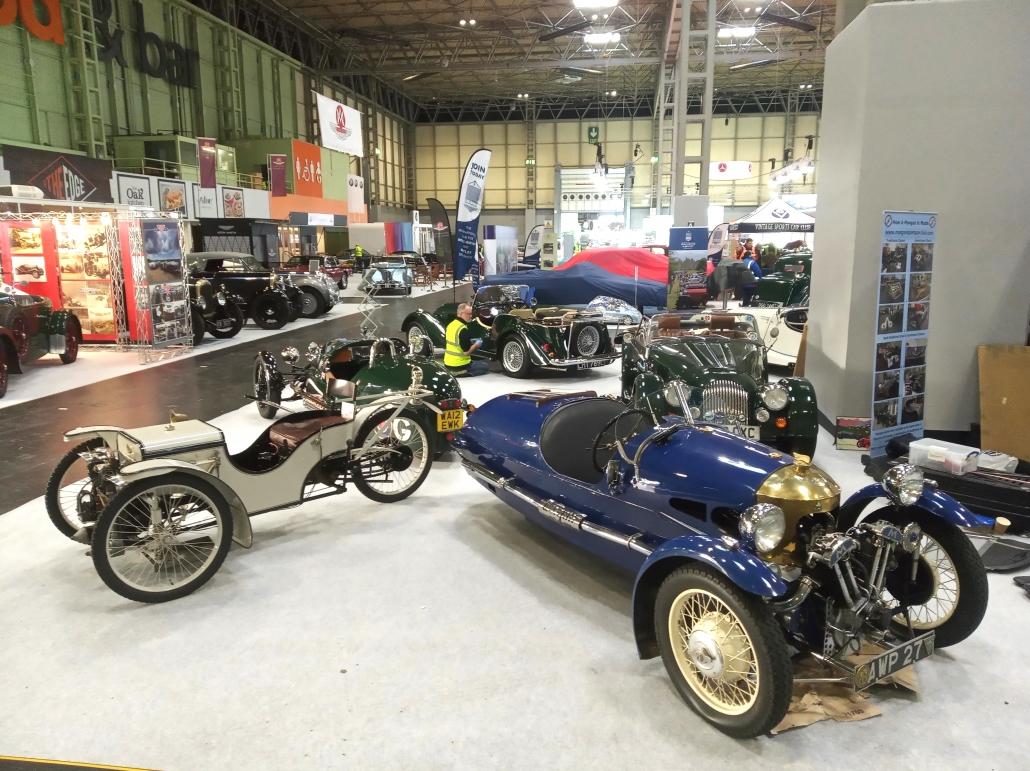 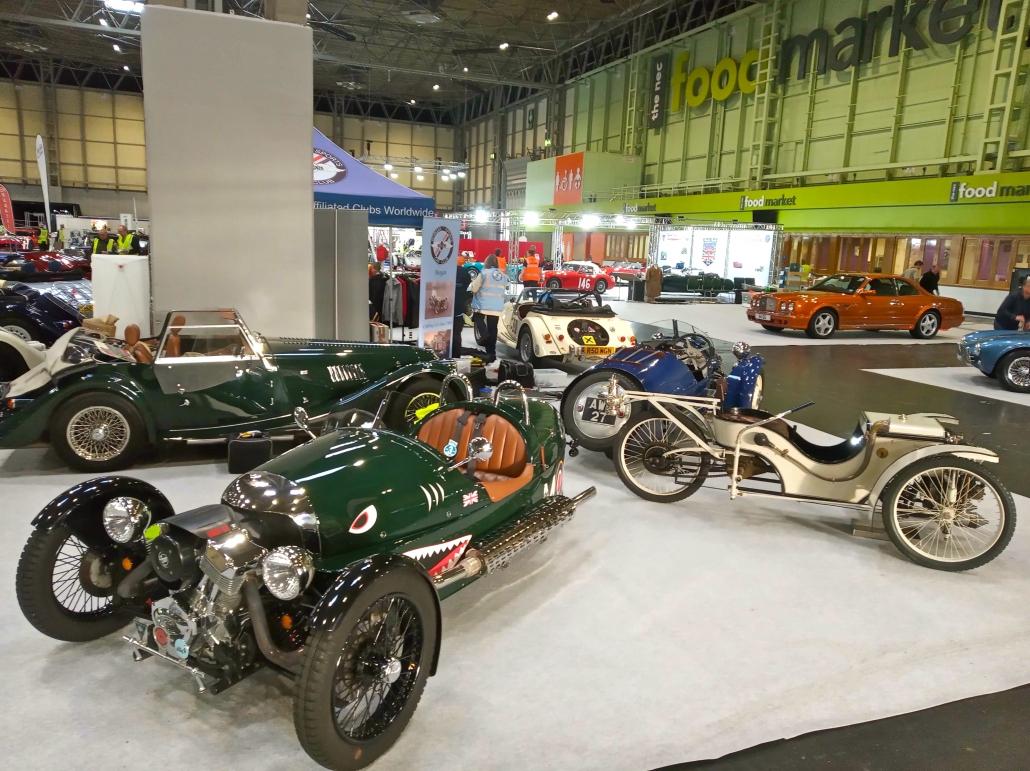 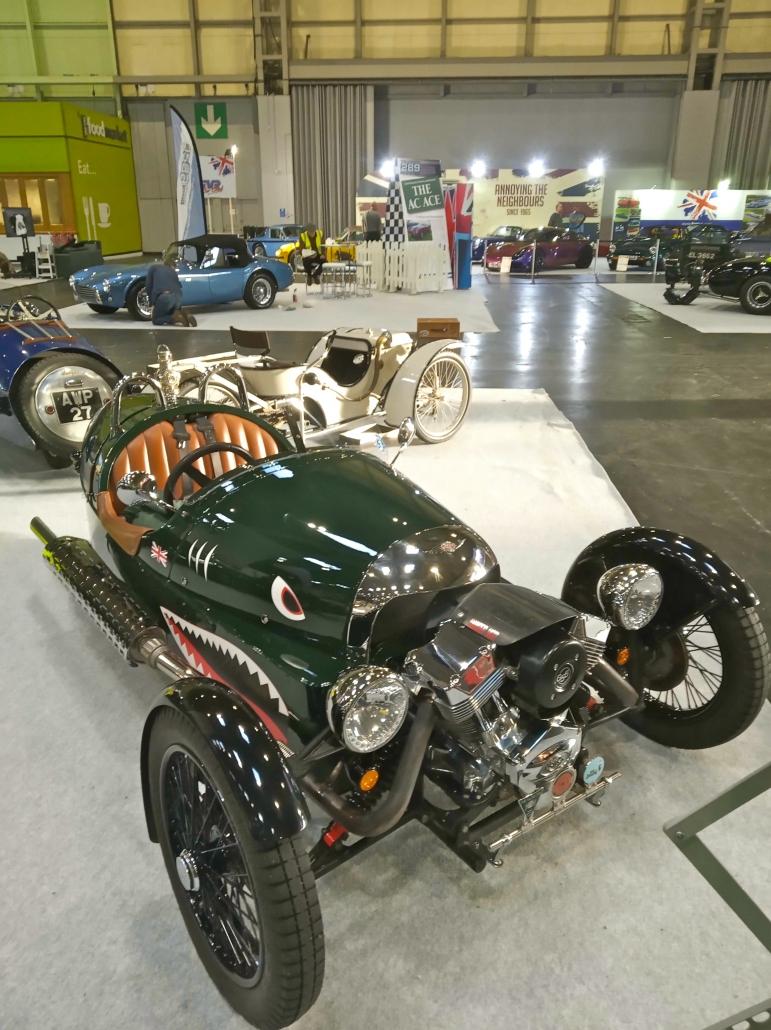 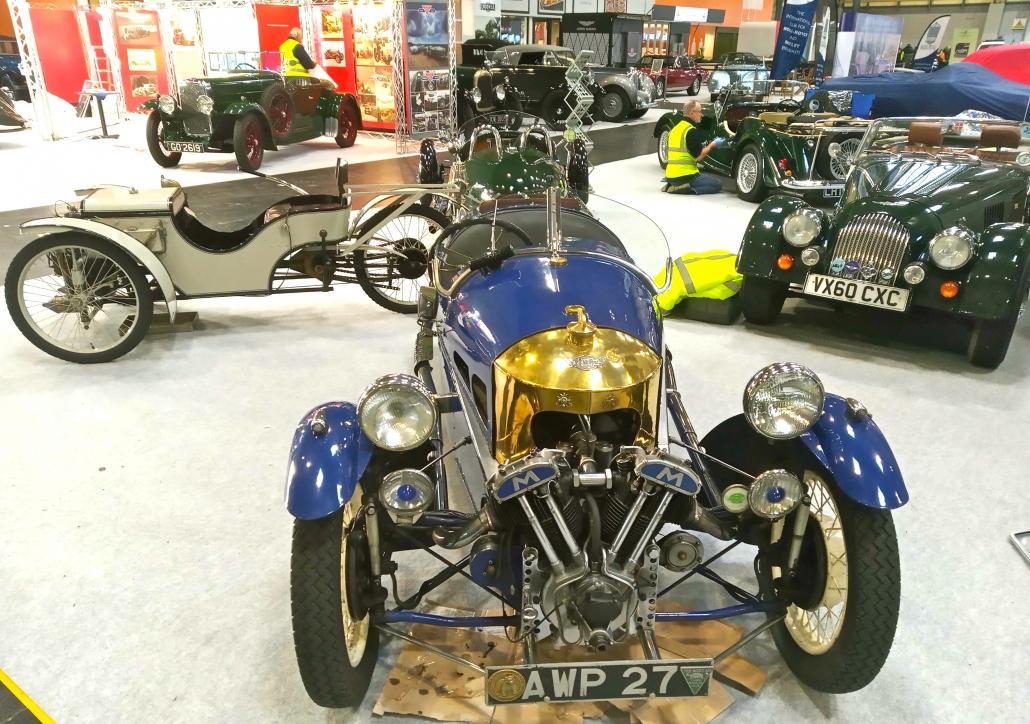 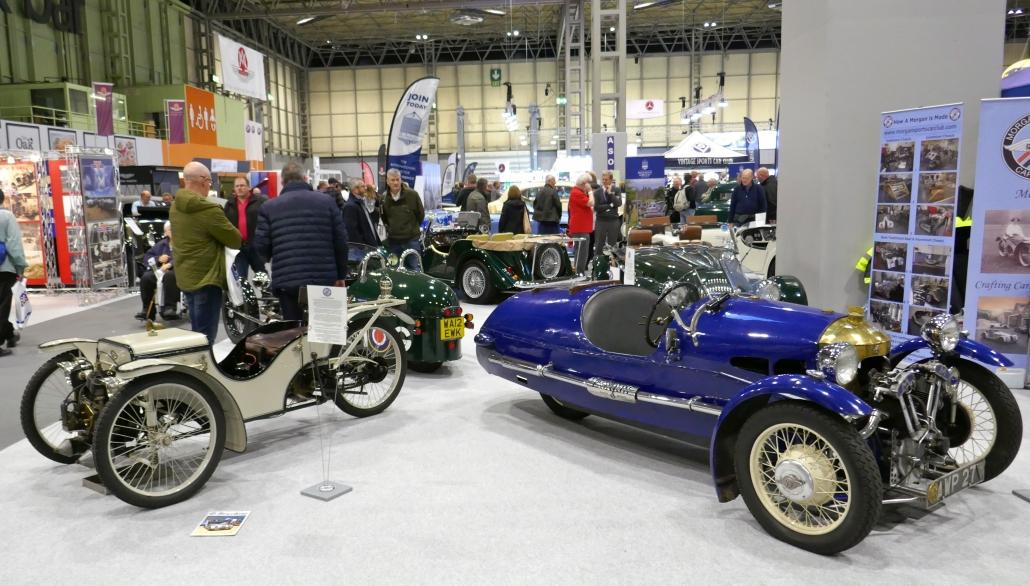 Normally meets on the third Tuesday of every month but contact the Group Organiser if you want to confirm.   Click here to find out more about the group.
View Calendar
Vintage Sports-Car Club New Year’s Day Jolly 75th Anniversary Opening Run
Scroll to top